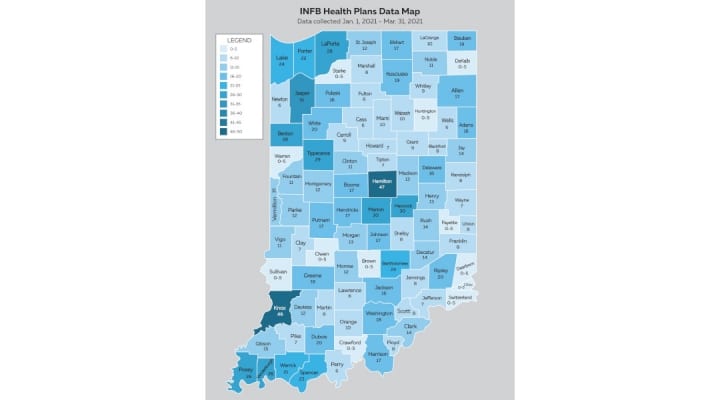 From Jan. 1 through March 31, 2021, with a total of 1,242 enrolled plans, INFB Health Plans is on track to meet and may exceed the organization’s goal of 2,500 plans by the end of 2021. The current breakdown of coverage for those plan holders includes:

“We had a great first quarter and are confident we can continue this momentum as we head into the rest of the year,” said Patrick Williams, INFB Health Plans manager. “The significant savings and customizable offerings are enticing to both current and new members.”

More than 35% of those applying to INFB Health Plans this year have reported joining INFB almost solely for the health plans, highlighting the need for more affordable, reliable health care in the ag community.

Summers, who has a family plan with dental and vision benefits, which covers her husband, daughter and son, explained because she could keep her family’s current doctor, but do so at a much more affordable price, she became a member and switched to INFB Health Plans from her family’s previous plan on the marketplace.

“I am saving 50% on my premium now compared to what I was paying previously,” said Summers. “I look forward to seeing the plans in the coming years so I can continue to recommend them to other farmers. It can break the bank to carry health insurance for the family so it’s nice there is a new option in our area.”

Summers is one of many Knox County residents who are now covered by INFB Health Plans. In fact, Knox County has the second most plans issued in the state to-date at 46 plans, with Hamilton County having the most at 47 plans.

Op-Ed: Pollinators are essential to our daily life
June 22, 2021