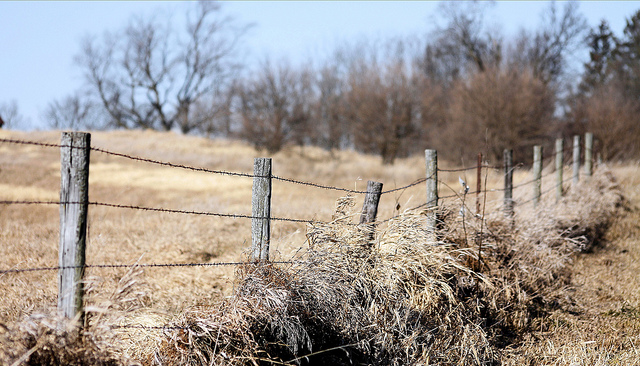 As American Farm Bureau Federation (AFBF) President Zippy Duvall is fond of repeating the advice his father gave him: Making a difference requires you to get outside your fencerows. (Phil Roeder via Flickr)

MANHATTAN, Kan. — It’s tough to make a difference in this world, and it’s impossible to do so and remain comfortable. As American Farm Bureau Federation (AFBF) President Zippy Duvall is fond of repeating the advice his father gave him: Making a difference requires you to get outside your fencerows.

No matter what difference you want to make, leaving your fencerow in the rearview mirror likely will have a bigger effect on you than anything else.

Mark Twain said it best in “Innocents Abroad” when he wrote, “Travel is fatal to prejudice, bigotry and narrow-mindedness, and many of our people need it sorely on these accounts. Broad, wholesome, charitable views of men and things cannot be acquired by vegetating in one little corner of the earth all one’s lifetime.”

I’ve been fortunate in my life to have had the opportunity to travel fairly frequently. Though one of my biggest regrets is quitting Spanish class after two years in high school. I’ve been to four countries where it’s the dominant language, yet I’m speechless after saying my name and a few pleasantries.

And while I’ve had some slight mishaps on a few journeys, including my recent jaunt to the AFBF Annual Convention in Austin, upon arrival, I’ve never had an unpleasant experience. I’ve been tired, lost and uncomfortable in my surroundings. I also survived and become a better person for it.

Travel also forges connections with those who are most like you. Now safely back on Kansas soil, I keep returning to two conversations with fellow Kansans in Austin.

“The toughest part is getting past the mailbox,” one said of the difficulty of getting away from his farm.

The other topic is true of both travel and growing older, generally. “I was surer of more things when I was younger,” another said. I agree. I used to have an answer for everything, and now it seems most of my sentences start with, “It depends …” or end with “that’s just my advice.”

That reminded me of Anthony Bourdain, chef and author turned professional vagabond, who said, “It seems that the more places I see and experience, the bigger I realize the world to be. The more I become aware of, the more I realize how relatively little I know of it, how many places I have still to go, how much more there is to learn.”

One thing I’m still certain of is getting outside your fencerow is difficult. There’s always one more thing that needs done or some other excuse not to leave. But the thing is you don’t have to go far – just a little beyond the mailbox to see something you haven’t seen before; experience something new; feel the uneasiness in your gut from venturing outside your comfort zone.

It means stepping up, speaking out and, quite possibly, becoming the center of attention, if only momentarily. It means experiencing new thoughts, new people and new places. Simply put, it means seeing, doing, traveling – growing.

That’s the real reason getting outside your fencerows is so incredibly valuable – it allows you to grow. Getting away makes you vulnerable. It makes you reliant on other. It makes you consider just how big the world is and just how small you are.

And yet everyday small, ordinary people leave their fencerows behind and change the world.