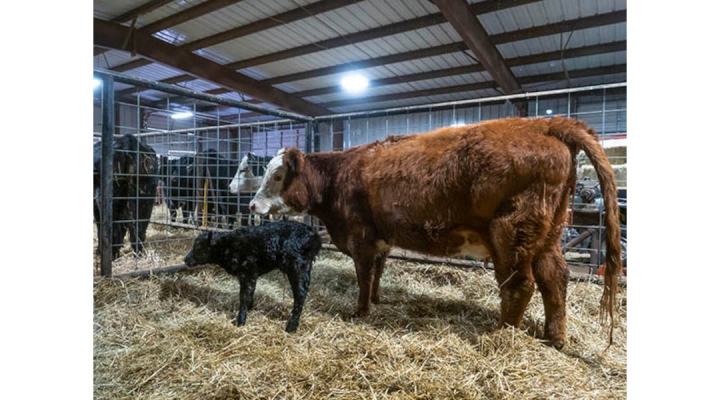 STILLWATER, Okla. – Oklahoma State University researchers have hopes of offering future insight to cattle producers regarding selection practices. What could this mean for the cattle industry?

“We’re hoping this will be the first steps in being able to find some selection criteria for immune response and robustness traits, along with the growth, carcass and feed efficiency traits that are currently being emphasized in selection,” said Paul Beck, animal and food sciences associate professor and OSU Extension specialist for beef nutrition.

Beck said that while ranches with high quality management and production practices report an increase in milk production as well as improved growth and carcass traits, they are also seeing more cattle deaths toward the end of their finishing period.

“When you move cattle from cow-calf or stocker production systems to placing them in a feedlot, you expect the change in environment to start showing increases in bovine respiratory disease in the first 35 days,” Beck said.

But producers are seeing an increase in death rates much later in the finishing period with cattle from reputation herds known for excellent breeding and management.

“The economic problem with that is you have a whole lot of time and money tied up in the animal by the time it dies. If it dies earlier in the feeding period, you at least don’t have all that feed put into it,” Beck said. “What we’ve seen in other plant and animal species, such as poultry and corn, is that if we select for economic traits – growth, performance, yield – the species don’t thrive in a harsher environment.”

Producers choose cattle based on economic traits like milk production, carcass value and growth rate because those traits can be easily measured.

“We’re looking at measuring stress and immune responsiveness, behavior and temperament, and thus, subsequent robustness to stressors and health challenges. It’s looking at the whole gamut of immune response – responses to vaccines, to different challenges within their environment – and using those as a proxy to try to pick out which animals would be more robust in response to disease pressures,” Beck said.

For example, OSU researchers are comparing the immune responses of cattle selected for high growth versus moderate growth or high milk rate versus low milk rate in both spring and fall calving herds. Their analysis will determine if cattle selected for certain traits have a higher immune system function than cattle selected for different traits when exposed to environmentally stressful conditions, such as extreme heat or cold and nutritional deficiencies.

“With the populations selected for the research and selection criteria in place, researchers should be able to key in on differences in immune phenotype (the expression of the animal’s genetics for immunity) for different cattle,” Beck said. “If we can find an easy way to measure immune function, we can find a way to select for it more effectively, and hopefully, this will make the animals more adept at responding to environmental and health challenges. That would give them a better outlook on life for the time that they’re here.”