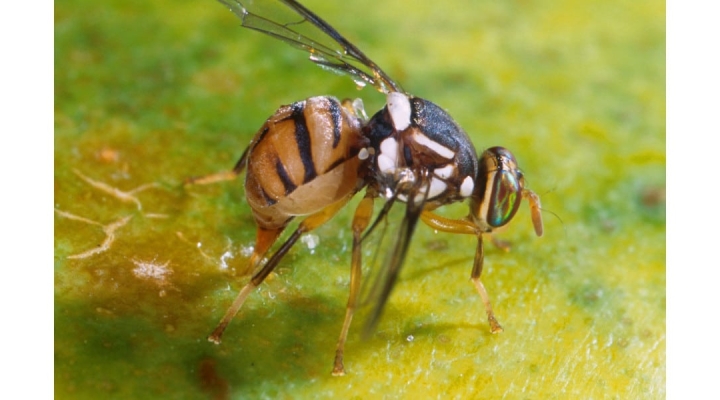 Damage occurs when the female Oriental Fruit Fly lays her eggs inside the fruit. The eggs hatch into maggots, which tunnel through the flesh of the fruit, making it unfit for consumption. (Photo: U.S. Department of Agriculture, Flickr/Creative Commons)

SACRAMENTO — A portion of Orange County has been placed under quarantine for the Oriental Fruit Fly following the detection of eight flies in and around the city of Fountain Valley. Also included in the quarantine are portions of the cities of Anaheim, Buena Park, Costa Mesa, Cypress, Garden Grove, Huntington Beach, Orange, Santa Ana, Seal Beach, Stanton, and Westminster.

The quarantine zone measures 100-square miles, bordered on the north by West Lincoln Avenue; on the south by Huntington Beach; on the west by Seal Beach; and on the east by Santa Ana.  A link to the quarantine map may be found here: www.cdfa.ca.gov/plant/off/regulation.html

To prevent the spread of Oriental Fruit Flies through homegrown fruits and vegetables, residents living in the quarantine area are urged not to move those items from their property.  However, they may be consumed or processed (i.e., juiced, frozen, cooked, or ground in the garbage disposal) on the property where they were picked, or disposed of by double bagging and placing in the regular trash, not green waste.

Following the principles of Integrated Pest Management (IPM), agricultural officials use “male attractant” technique as the mainstay of the eradication effort for this invasive species.  This approach has successfully eliminated dozens of fruit fly infestations in California.  Trained workers squirt a small patch of fruit fly attractant mixed with a very small dose of an organic pesticide, Spinosad, approximately 8-10 feet off the ground on street trees and similar surfaces; male fruit flies are attracted to the mixture and perish after consuming it. The male attractant treatment program is being carried out over an area that extends 1.5 miles from each site where the oriental fruit flies were trapped.

While fruit flies and other invasive species that threaten California’s crops and natural environment are sometimes detected in agricultural areas, the vast majority are found in urban and suburban communities. The most common pathway for these pests to enter the state is by “hitchhiking” in fruits and vegetables brought back illegally by travelers as they return from infested regions of the world or from packages of home grown produce from other countries sent to California. Help protect California’s agricultural and natural resources; please Don’t Pack a Pest (www.dontpackapest.com) when traveling or mailing packages.

The Oriental Fruit Fly is known to target over 230 different fruit, vegetable, and plant commodities.  Important California crops at risk include pome, stone fruits, citrus, dates, avocados, and many vegetables, particularly tomatoes and peppers. Damage occurs when the female fruit fly lays her eggs inside the fruit.  The eggs hatch into maggots, which tunnel through the flesh of the fruit, making it unfit for consumption.

The Oriental Fruit Fly is widespread throughout much of the mainland of southern Asia and neighboring islands, including Sri Lanka and Taiwan, and it has invaded other areas, most notably Africa and Hawaii.

Federal, state, and county agricultural officials work year-round, 365 days a year, to prevent, deter, detect, and eliminate the threat of invasive species and diseases that can damage or destroy our agricultural products and natural environment. These efforts are aimed at keeping California’s natural environment and food supply plentiful, safe, and pest-free.

Residents with questions about the project may call CDFA’s Pest Hotline at 1-800-491-1899.  Additional information may be found here: www.cdfa.ca.gov/plant/off. 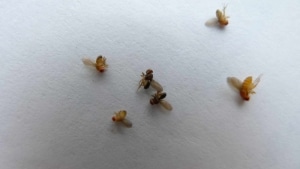 TALLAHASSEE, Fla. — Florida Department of Agriculture and Consumer Services announced the eradication of the Oriental fruit fly, Bactrocera dorsalis, from Pinellas County. In June, the Division of Plant Industry positively identified five Oriental fruit flies detected during routine trapping. A quarantine was established in the St. Petersburg area prohibiting the movement of fruit, vegetables and nuts without […] 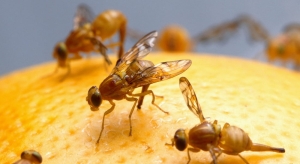 SACRAMENTO — A portion of San Diego County has been placed under quarantine for the Mexican fruit fly following the detection of six flies and one larva in and around the unincorporated area of Valley Center.  The United States Department of Agriculture (USDA), the San Diego County Agricultural Commissioner, and the California Department of Food […] 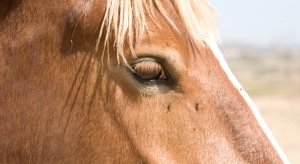 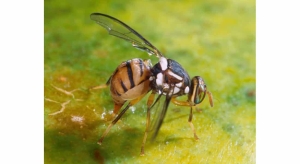 SACRAMENTO — A portion of Los Angeles County has been placed under quarantine for the Oriental Fruit Fly following the detection of 14 flies in the San Fernando Valley in the North Hills area.  The quarantine zone measures 89-square miles, bordered on the north by the Angeles National Forest; on the south by the Ventura […] 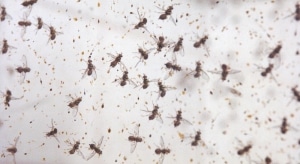 SACRAMENTO — A portion of Santa Clara County has been placed under quarantine for the Oriental fruit fly following the detection of 6 flies in and around the southern part of the City of San Jose, near the Santa Clara County Fairgrounds.  The quarantine zone measures 94 square miles, generally bordered on the north by […]