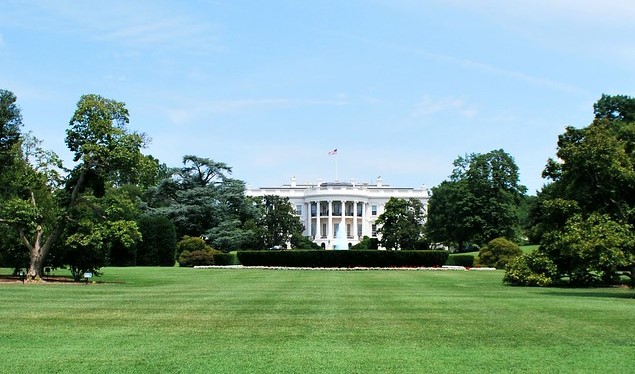 WASHINGTON — Editor’s Note: Last week, U.S. Secretary of Agriculture Sonny Perdue announced that the U.S. Department of Agriculture (USDA) would provide up to $16 billion in programs to support American farmers during this period of trade distruption with China. The following statements were released following this announcement.

The U.S. Department of Agriculture (USDA) released initial details for a trade assistance package to support family farmers and ranchers struggling with oversupply and low prices due to international trade conflicts. The agency plans to allocate as much as $16 billion, including $14.5 billion in direct payments to producers through the Market Facilitation Program (MFP). Additionally, USDA has designated $1.4 billion for commodity purchases through the Food Purchase and Distribution Program (FPDP) as well as $100 million for the development of new export markets through the Agricultural Trade Promotion Program (ATP).

National Farmers Union (NFU) supports efforts to address China’s unfair and manipulative trade practices and has repeatedly urged the administration to provide necessary assistance to farmers caught in the crosshairs. NFU President Roger Johnson issued the following statement in response to the agency’s announcement:
“Family farmers and ranchers have been grappling with low commodity prices and excess production for many years now, and the trade war with China and other major trading partners has compounded both problems. We appreciate USDA’s work to mitigate family farmers’ losses as a result of these trade disputes. However, while this trade aid package is an improvement over last year’s Market Facilitation Program, by definition it fails to provide predictable, consistent and adequate relief across American agriculture.

“We are pleased that USDA will be providing payments for a broader range of commodities than were covered under last year’s program. We also appreciate that producers of all covered commodities will receive equitable support. At the same time, basing payments on 2019 planted acres fails to help those who have faced or are facing impossible planting conditions.

“Ultimately, this package is only a short-term fix for a very long-term problem. Farmers rely on markets to make a living. Our ongoing trade wars have destroyed our reputation as a reliable supplier and have left family farmers with swelling grain stores and empty pockets. The very least we can do is provide our country’s struggling food producers with the certainty of a longer-term plan that also addresses the persistent and pernicious problem of oversupply.”

“The Trump Administration’s agricultural assistance package is welcome relief to an economic sector that has been battered by foreign competitors and retaliatory tariffs. We thank the President for living up to his commitment to stand by our farmers and ranchers. While farmers and ranchers would rather earn their income from the marketplace, they have been suffering during the agricultural downturn and trade war. This aid package will help us weather the storm as the Administration works to correct unfair trade practices that have hurt the U.S. economy for too long.

“We are grateful for the work that President Trump and Secretary Perdue have devoted to this issue. However, the real, long-term solution to our challenges in agriculture is good outcomes to current negotiations with China, Japan and the European Union, as well as congressional approval of the U.S.-Mexico-Canada Agreement. America’s farmers and ranchers need fair and open access to markets.”

The news from U.S. Secretary of Agriculture Sonny Perdue of trade mitigation including, most importantly to soy, Market Facilitation Program (MFP) payments and Agricultural Trade Promotion (ATP) program funding, is news welcomed by soy growers who have suffered from the ongoing ill effects of tariffs.

“We recognize and are thankful that these funds will help offset the persisting damage from tariffs, as well as enable new market development through ATP,” said Davie Stephens, president of the American Soybean Association (ASA) and soybean grower from Clinton, Ky.

The 2019 MFP program under the Commodity Credit Corporation (CCC) Charter Act and administered by Farm Service Agency (FSA) will provide $14.5 billion in payments to producers, among them soy growers. Payments this year, however, will be based not on individual crops as in the past, rather on county-specific rates determined by, “long term distortion from tariff damage,” according to USDA. That single-county rate will be multiplied by a farm’s total planted acreage for all eligible crops to determine payment so that planting decisions are not skewed, and eligible plantings cannot exceed total 2018 plantings. The first payments will begin in late July or early August after Farm Service Agency (FSA) crop reporting is completed July 15th. Second and third payments will be made in November and early January if conditions warrant, USDA has reported.

An additional $100 million will be issued through the ATP to assist in developing new export markets on behalf of producers, along with Food Purchase and Distribution Program (FPDP) relief for other commodities.

ASA appreciates the Administration’s effort to bridge the gap during this difficult time. However, a second round of financial support to offset farm losses is only a partial and temporary solution, and not a permanent solution for soy growers who have lost their number one export market since tariffs were implemented by the U.S. and then China in July, 2019.

“Dairy farmers have been harmed substantially by disrupted markets. We know that USDA is concerned about the damage being done to dairy farmers by ongoing tariff battles. We hope it will use the full range of tools available to provide a large segment of the payment in the first tranche to appropriately assist milk producers who have experienced a prolonged downturn in prices because of these conflicts,” he said. “We appreciate USDA’s concern for dairy’s needs, and we look forward to working with USDA, Congress and the White House as the department further develops its plans.”

NMPF estimates that producers have lost at least $2.3 billion in revenues through March due to higher tariffs against U.S. dairy, which has lowered milk prices for all producers.

The National Corn Growers Association (NCGA) today welcomed the Trump Administration’s announcement of up to $16 billion in assistance to help farmers to make up for potential agriculture losses due, in part, to the most recent tariff increases and prolonged trade dispute with China.

“Farmers across the country are struggling. Wet spring weather, trade disputes and tariffs and demand destruction in the ethanol market are forcing farmers to make difficult decisions. We appreciate the Administration’s recognition of these challenges and support for America’s farmers,” said NCGA President Lynn Chrisp who joined President Trump for the White House announcement.

Following President Trump’s announcement that the Administration would be pursuing a second round of trade aid, NCGA put forward recommendations that would provide both short-term assistance and support market access for farmers.

NCGA called on USDA to update the Market Facilitation Program (MFP) to factor market impacts into the calculation of MFP payment rates. NCGA analysis showed an average price loss of 20 cents per bushel from May 2018 to April 2019. As trade talks with China lagged on in March and April of 2019, losses widened closer to 40 cents per bushel.

“NCGA looks forward to continuing our dialogue with the Administration to craft a complete package that will provide corn farmers with more equitable short-term relief while also supporting and expanding the market opportunities farmers need most,” Chrisp said.

Today, the U.S. Department of Agriculture has announced that the White House has authorized the Agency to provide up to $16 billion dollars in assistance to farmers who are being impacted by the U.S. trade war with China and other trade disruptions. NAWG President and Lavon, TX farmer Ben Scholz attended today’s ceremony at the White House which focused on this announcement and made the following statement in response:

“NAWG is grateful for the President’s understanding of the stress and damages China’s retaliatory tariffs have had on growers. Further, we look forward to working with the Administration to quickly finalize other trade agreements that open up new markets for wheat farmers.

“While we appreciate the trade mitigation program, it doesn’t make farmers whole. The U.S. exports 50% of its wheat which means we need a long-term solution. This includes getting the U.S.-Mexico-Canada Agreement (USMCA) across the finish line, completing negotiations with China and supporting our WTO case, and closing a trade deal with Japan.

“Lastly, NAWG will continue to work with the Administration and USDA as the Agency crafts a relief strategy to ensure that the program works best for wheat farmers. We are pleased to hear that the USDA will take a broader look that the tariffs have had on all trade deals and markets when considering a longer-term relief package.”

Japan trade a problem for Trump, not as bad as China