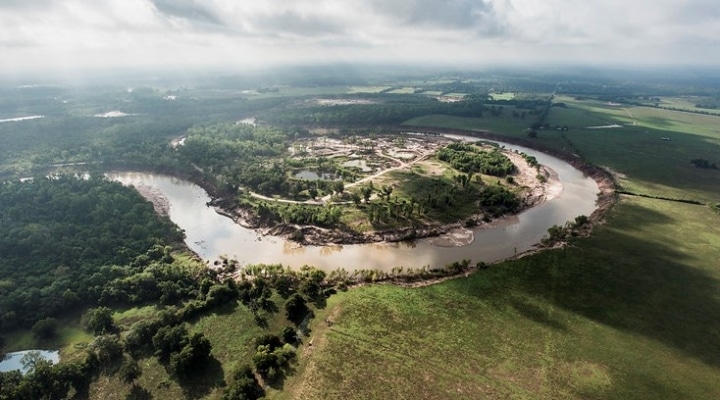 The EPA and the U.S. Army Corps of Engineers have announced the Navigable Waters Protection Rule. (U.S. Department of Agriculture, Public Domain)

WASHINGTON — Editor’s note: The U.S. Environmental Protection Agency (EPA) and the U.S. Army Corps of Engineers have announced the Navigable Waters Protection Rule, which revises the definition of “waters of the United States” (WOTUS). The following statements from agricultural organizations were released following this announcement.

For the USDA statement on the new water rule, please click here.

“Farmers and ranchers care about clean water and preserving the land, which are essential to producing healthy food and fiber and ensuring future generations can do the same. That’s why we support the new clean water rule. It provides clarity and certainty, allowing farmers to understand water regulations without having to hire teams of consultants and lawyers. We appreciate the commitment of the agencies involved and this administration to crafting a new regulation that achieves important regulatory oversight while allowing farmers to farm. Clean water, clear rules.”

AFBF is a member of the Waters Advocacy Coalition. Read the coalition’s press release HERE.

Rule Provides Clearer Definition of “Waters of the United States”

In a final rule released today, the U.S. Environmental Protection Agency (EPA) and the U.S. Army Corps of Engineers revised its definition of “waters of the United States” (WOTUS) under the Clean Water Act.

Earlier definitions of WOTUS were considered too vague and subject to interpretation, leading several administrations to push for greater clarity. Under the Trump administration’s rule, known as the Navigable Waters Protection Rule, federal protections will be limited to territorial seas and certain lakes and ponds, as well as major rivers, their primary tributaries, and wetlands along their banks. All other waterways, including ephemeral streams, will fall under state jurisdiction.

National Farmers Union (NFU) has long supported greater clarification of WOTUS and was encouraged by the administration’s efforts do so. In a statement, NFU President Roger Johnson expressed appreciation and urged the administration to ensure the availability of clean water for future generations.
“Family farmers and ranchers have been confused by ambiguous water regulations for many years. Now that we have a more precise definition of WOTUS, we hope that farmers will better understand which kinds of water are subject to federal authority and which are not.

“But farmers don’t just need greater clarity – they also need access to clean, safe water for their families, their farms, and their communities. These needs are not mutually exclusive; when regulating natural resources, EPA and the Army Corps of Engineers must balance certainty for farmers, ranchers, and property owners with protections for our water supply.

“And while Farmers Union policy generally supports local decision-making, some states may be unprepared to regulate significantly more waterways. Moving forward, we will review the final rule closely to assess its full impacts on family farmers and ranchers and rural communities.”

American Soybean Association: The Trump Administration has announced replacement regulation for Waters of the U.S. (WOTUS), which was repealed fall 2019. A spokesperson for the administration said during the announcement that the new Navigable Waters Protection Rule, “represents a promise made [by President Trump] and a promise kept.” Under the president’s direction, members of the Environmental Protection Agency and U.S. Army Corps of Engineers say they have worked to remove unnecessary regulatory burden and lay out a new definition that includes a, “unifying legal theory” around navigable waters with more clear guidelines illuminated in its preamble.

“We are pleased that this rule replaces the 2015 rule, which was cumbersome and confusing, and that new regulation will better provide certainty and clear direction for our farmers.” said Bill Gordon, soy grower from Worthington, Minn., and American Soybean Association (ASA) president. “We have long rallied for a replacement rule that protects our waterways while still offering a workable solution for farmers and that does not impose undue burden on agriculture. We express our thanks to the administration.”

ASA looks forward to reviewing the rule fully and learning more of the details.

National Corn Growers Association President Kevin Ross made the following statement on the Environmental Protection Agency’s (EPA) release of the new, final Waters of the United States (WOTUS) rule. The new rule replaces the 2015 WOTUS rule that would have increased regulatory burdens and costs for farmers.

“Farmers are committed to protecting the environment and implementing on-farm soil health practices like planting cover crops, reducing tillage and more carefully managing crop residue. This new rule gives the flexibility and clarity needed to implement stewardship practices without the threat of government action. The final WOTUS rule will protect our nation’s water and be implemented without confusion, welcome news for farmers. NCGA appreciates the work done by the Trump Administration to provide this regulatory certainty.”

Today, the Environmental Protection Agency (EPA) and the U.S. Army Corps of Engineers released a final rule to provide more clarity in Clean Water Act (CWA) applicability to, and definition of, waters of the U.S. (WOTUS).

“Today’s announcement is welcome news to America’s wheat producers who’ve dealt with years of regulatory uncertainty,” said NAWG President and Lavon, TX, farmer Ben Scholz. “Farmers are dependent on protecting our natural resources for safe and reliable water to grow crops and for the communities that farmers are a part of. To do so, we need regulatory certainty and clarity as well as a commonsense framework for how the rules will work. Wheat growers are pleased the Trump Administration has made this announcement and looking forward to diving into the details.”

This final rule follows an initial proposed rule from December 2018 that NAWG supported. Throughout this process, U.S. farmers have continued to press for regulatory clarity and a framework that focused on waters that are truly navigable in nature.

NCBA on New Water Rule: “Some Power Has Been Put Back in Hands of Landowners”

NCBA President Jennifer Houston today released the following statement in response to the finalization of a new water rule:

“This is the last regulatory step in a long-fought battle to repeal the 2015 Waters of the U.S. (WOTUS) rule and replace it with common-sense regulation. The 2015 WOTUS rule was an illegal effort to assert control over private property – and we fought to have it repealed – but it also needs to be replaced, and today’s action is the last step in that process.

“President Trump, EPA Administrator Wheeler, and Assistant Secretary of the Army R.D. James deserve a lot of credit for listening to cattle producers and for working with us to get us to this point. We look forward to working with EPA and the Army Corps of Engineers to successfully implement this new rule in the years to come.

“NCBA relentlessly fought WOTUS on Capitol Hill, at the Agencies, and in the Courts. Today, we can rest a little easier knowing that some power has been put back in the hands of landowners.”

NMPF is pleased that the Environmental Protection Agency (EPA) and the Department of the Army Corp of Engineers have released a new final Waters of the United States (WOTUS) rule. Today’s action puts an end to years of contentious rulemaking and will provide a common-sense approach to regulating waters of the U.S.

On Oct. 22, 2019, the EPA and the Department of the Army published a final rule to repeal the 2015 Clean Water Rule: Definition of “Waters of the United States” to restore regulatory text that existed prior to the 2015 Rule. That final rule became effective Dec. 23.

In the interim between repealing the 2015 Rule and introducing a new one, the agencies implemented pre-2015 Rule regulations, as informed by applicable agency guidance documents and consistent with Supreme Court decisions and longstanding agency practice. This action was a temporary fix as the agencies continued their work in crafting the WOTUS replacement issued today.

NMPF has engaged with EPA on this issue for years, in meetings and in numerous written comments, seeking improvements to the 1986 WOTUS rule, which lacked clarity for farmers. While NMPF will need to carefully review today’s new rule, we were pleased with the proposed rule and believe it will provide much-needed clarity and not infringe on the rights and responsibilities of state jurisdictions.