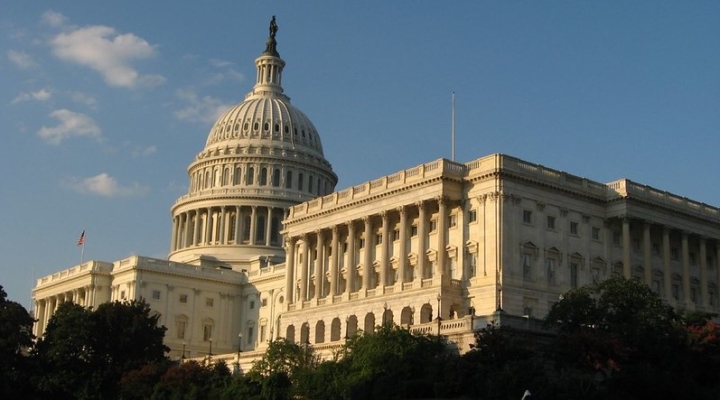 Agricultural organizations are largely pleased with the passage of the U.S.-Mexico-Canada Agreement. (Ken Lund, Flickr/Creative Commons)

WASHINGTON — The following statements have been released following the passage of the U.S.-Mexico-Canada Agreement (USMCA) in the U.S. House of Representatives. For the USDA statement, please click here.

USMCA Is a Victory for Farmers and Ranchers

“Farm Bureau commends the House for approving the United States-Mexico-Canada Agreement. It was a bipartisan effort as shown by the overwhelming 385 to 41 vote, and we appreciate the work of members of Congress on both sides of the aisle in getting this deal done.

“This trade agreement could not come at a more critical time for U.S. agriculture. Farmers and ranchers have been hit with a perfect storm of low commodity prices, weather disasters, trade disruptions and a severe downturn in the farm economy. The USMCA will provide continuity in the growth of the North American market and will strengthen our trading relationships with Canada and Mexico, which are our number-one and number-two export markets, respectively.

“We are hopeful that USMCA can be a model for future U.S. trade agreements, as these modernized rules will be a strong guide for addressing continuing issues. We urge the Senate to quickly approve the USMCA.”

“USMCA will bring tangible benefits to the U.S. dairy industry by upgrading trade rules, opening the Canadian market to U.S. dairy exports and preserving our valuable market access in Mexico,” said Tom Vilsack, president and CEO of USDEC. “Today’s bipartisan vote is indicative of the need to immediately secure these benefits for dairy and all of agriculture.”

“Today’s vote brings us one step closer to finalizing USMCA and securing a more certain future for America’s farmers and ranchers,” said Jim Mulhern, president and CEO of NMPF. “It is imperative that the Senate act now to finalize USMCA.”

Ambassador Robert Lighthizer worked diligently alongside members of Congress to address outstanding concerns and deliver an improved trade pact. The House passage of USMCA and its broad range of support is a testament to their efforts.

USMCA makes important changes to Canada’s trade-distorting policies, reforms Canada’s controversial dairy pricing system and provides exclusive access to the Canadian market for U.S. farmers and manufacturers. The trade deal also strengthens our relationship with Mexico and establishes new protections for common cheese names, using a combination of approaches to protect the continued use of a number of generic cheese terms, such as parmesan and feta.

The American Feed Industry Association (AFIA) congratulates the bi-partisan passage of the U.S.-Mexico-Canada Agreement (USMCA) today by the U.S. House of Representatives.

The long-awaited passage by the House is a momentous step forward in finalizing a more than two-year process of renegotiating our most critical trade agreement. Trade with Canada and Mexico is tremendously important to the animal feed, ingredient and pet food industry with exports more than quadrupling since the inception of the North American Free Trade Agreement 25 years ago.

“Today is a big step forward for American agriculture and the animal food industry,” said Constance Cullman, AFIA’s president and CEO. “The USMCA builds upon an already great agreement with our neighbors to preserve and expand market access for the animal food and livestock industries while providing much needed stability across the agriculture sector.”

AFIA appreciates the hard work of President Trump, Ambassador Lighthizer, House leadership, and members of the Ways and Means Committee who worked so hard to secure an updated agreement. AFIA now urges the Senate to quickly take up and pass this landmark agreement.

“Corn farmers have been working toward this vote for nearly a year, sending emails, having meetings and making phone calls to their representatives in support of USMCA. All of agriculture should be incredibly proud to see these efforts pay off with such a strong, bipartisan vote. We wouldn’t be at this stage in the ratification process without the hard work of individual farmers across the country. Ratifying USMCA has been NCGA’s top legislative priority because Mexico and Canada are the U.S. corn industry’s largest, most reliable markets.

“NCGA thanks members of the House for their votes in support, along with President Trump and his administration’s continued efforts to come to a bipartisan consensus. It’s now up to members of the U.S. Senate to quickly pass USMCA in the new year.”

Soy growers, other agriculture and business groups have rallied collectively for months to ensure the House of Representatives would pass the “new NAFTA” before the fade of 2019. Today, that critical step has happened. The American Soybean Association (ASA) expresses its strong appreciation to Speaker Pelosi and the House for passing the U.S.-Mexico-Canada Agreement (USMCA).

“This is a win for soybean farmers and a win for the Administration and Congress. Their efforts to pass a free trade deal that can restore certainty and stability to an important export market for our farmers demonstrates that they can accomplish great things working in unison,” said Bill Gordon, soy grower from Worthington, Minn., and ASA president. “We express our thanks to the House of Representatives for this momentous act. We now look to the Senate to take up and pass USMCA in early 2020.”

U.S wheat growers are very pleased that the U.S. House of Representatives has passed the U.S.-Mexico-Canada Agreement (USMCA) today. This past year, the National Association of Wheat Growers (NAWG) and U.S. Wheat Associates have forcefully spoken out on their behalf about the need for the USMCA.

“Agriculture desperately needed a win for economic recovery, and passing the USMCA was that win,” said National Association of Wheat Growers (NAWG) President and Lavon, Tex., farmer Ben Scholz. “NAWG applauds those Members of Congress for their support and hard work to advance this critical trade deal one step closer to the finish line. We encourage the Senate to follow its lead and pass this deal early in the new year.”

“Mexico’s flour millers import more U.S. wheat than any other country and they have been very anxious about the outcome of this trade agreement,” said U.S. Wheat Associates (USW) Chairman and Paulding, Ohio, farmer Doug Goyings. “At the end of a conference with those millers last June, we agreed to work together to get USMCA implemented. Our colleagues at NAWG have enthusiastically joined that effort on Capitol Hill and we thank them for their support.”

USMCA retains tariff-free access to imported U.S. wheat for those long-time flour milling customers in Mexico, a crucial step toward rebuilding trust in the U.S. as a reliable supplier in this important, neighboring market. In addition, the USMCA makes important progress towards more open commerce for U.S. wheat farmers near the Canadian border by allowing U.S. varieties registered in Canada to receive reciprocal grading treatment.

Other measures that benefit the wheat industry include the Agreement’s language around agricultural biotechnology which supports 21st Century innovations in agriculture and new language to strengthen disciplines for science-based SPS measures.

Farmers for Free Trade Statement on House Passage of USMCA

Today, Farmers for Free Trade Co-Executive Director, Angela Hofmann released the following statement on passage of the U.S.-Mexico-Canada Agreement (USMCA) by the U.S. House of Representatives. Farmers for Free Trade is a bipartisan coalition supported by America’s leading agricultural commodity and business groups.

“This is a bipartisan victory for American farmers who have been craving a return to certainty and stability on trade. USMCA continues duty-free access to Canada and Mexico which has been a bedrock of U.S. ag export growth for over 25 years. USMCA also provides important new wins including expanded market access for poultry and dairy; provisions that require science-based decision making on trade; and advances in supporting 21st century agricultural innovations.

“Passage of this agreement in the House was not always certain, but thanks to the efforts of American farmers, USMCA will be implemented in 2020. Getting this agreement over the finish line required farmers and ranchers urging their representatives to work together in a way that’s increasingly rare. Farmers for Free Trade was proud to help facilitate hundreds of those conversations, including during our 20,000 mile, 30 state tour of America in support of USMCA. We applaud Speaker Pelosi and the White House for working together to broker this agreement that is in the best interests of America. We urge the Senate to now take quick action to also ratify this agreement.”

Farm Bill signed into law one year ago