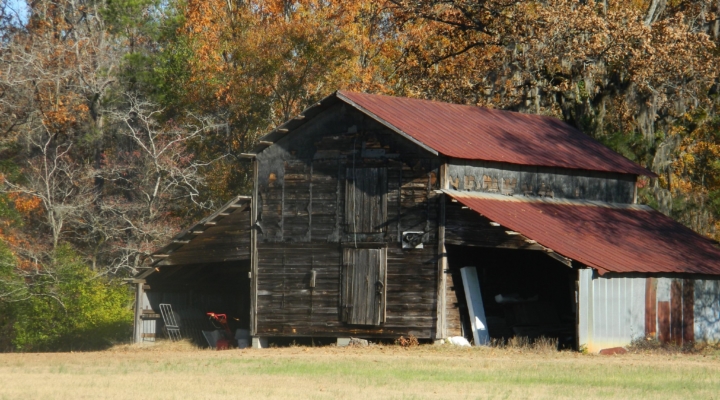 Preservation Virginia, a privately funded statewide organization founded more than 100 years ago, has been working since 2009 to preserve historic tobacco barns and educate the public about their significance to Southside history. (photo by Gerry Dincher, creative commons/flickr.com)

RICHMOND, Va. — Southside Virginia tobacco barns have been disappearing, but a group is working to reverse that trend.

Preservation Virginia, a privately funded statewide organization founded more than 100 years ago, has been working since 2009 to preserve historic tobacco barns and educate the public about their significance to Southside history.

Preservation Virginia added tobacco barns to its “Most Endangered Historic Places” list, and the organization began receiving an outpouring of regional support.

“It struck a nerve with people,” said Sonja Ingram, Preservation Virginia’s field services manager. “And that’s how this turned into its own program. We are focused on raising awareness about historic tobacco barns and their heritage.”

“Preserving the barns has been a focus since 2013,” Ingram said. “JTI has provided us with the grants for the program to be really successful in these three counties” where most of its tobacco growers are located.

Ingram said 54 tobacco barns have been repaired so far, and by the end of the 2019 grant season Preservation Virginia will have repaired 63.

“We’re hoping to continue to receive funds to preserve these barns. We’re also considering partnering with Halifax County Tourism to link the repaired tobacco barns to its barn quilt trail,” Ingram added. “We also hope this will be a step in the creation of a larger, multi-county tobacco heritage driving trail in the future.”

Joe Graves and his brother, Clark, have a 20th century log-built curing barn at their Brandon-on-the-Dan farm in Halifax County.

Graves submitted his barn for consideration in 2014, and it was one of five in Halifax County selected for repair.

Preservation Virginia’s program repaired the roof and restored the chinking and daubing between the logs on the barn. “The barn wasn’t completely restored, but it was preserved for future generations,” Graves explained.

A.J. Nuckols’ family built a 19th century timber-framed curing and packing barn in Pittsylvania County. The barn, which dates to the 1820s, had a rotten wooden timber sill that was stabilized through the Preservation Virginia program in 2014.