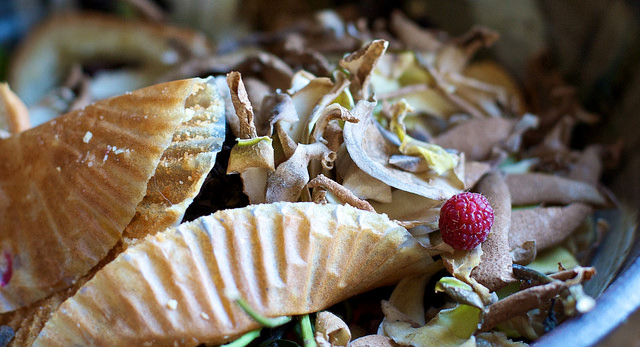 Organic waste, including food scraps, yard waste, and compostable paper, accounts for over 30% of all waste generated by residents in New York City. The many opportunities for New Yorkers to reprocess this waste is testament to the City and GrowNYC’s commitment to a greener way of city life. (Nic McPhee, Flickr/Creative Commons)

BROOKLYN, N.Y. — On December 21, the City of New York Department of Sanitation
Commissioner Kathryn Garcia and GrowNYC President and CEO Marcel Van Ooyen announced the
collection of ten million pounds of food scraps and yard waste dropped off at specified locations by
dedicated New Yorkers since 2011, when the composting program was expanded. These scraps have
been diverted from disposal and redirected for composting via a free program at 60 food scrap drop-off
sites at GrowNYC’s Greenmarkets, Youthmarkets, Fresh Food Box and Compost On-The-Go locations
throughout the City.

“Thanks to GrowNYC, and the New York City residents who helped put 10,000,000 pounds of food
scraps to good use,” said Sanitation Commissioner Kathryn Garcia. “While we continue to expand our
curbside collection program, food scrap drop-off locations, such as the ones throughout the city at
Greenmarkets, are crucial in helping us reach our goal of sending zero waste to landfill.”

Organic waste, including food scraps, yard waste, and compostable paper, accounts for over 30% of all
waste generated by residents in New York City. The many opportunities for New Yorkers to reprocess
this waste is testament to the City and GrowNYC’s commitment to a greener way of city life.

New Yorkers can drop off fruit and vegetable scraps for composting while shopping for healthy, local
produce at outdoor markets hosted by GrowNYC, or as they hop on public transit to start their day. Coordinators staff “Sustainability Centers” to accept food waste like apple cores and coffee grounds,
which the public places into collection tubs. The scraps are then transported by GrowNYC or the
Department of Sanitation to local or regional sites where the material is composted into a fertile soil
amendment for urban farm and gardening, or processed into renewable energy.

“This is a huge milestone we can be proud of twice-over,” said Manhattan Borough President Gale A.
Brewer. “We haven’t just collected 10 million pounds of compostable food scraps; we’ve diverted those
10 million pounds out of the waste stream as well. It’s achievements driven by community-based
programs like this one that will be essential as we pave the way to our goal of Zero Waste by 2030.”

For perspective, 10 million pounds of organic waste would fill Brooklyn Borough Hall with seven feet of
food scraps. It would fill more than 200 subway cars. It weighs as much as 26,667 male reindeer. It’s a
lot of waste!

Instead of being sent to landfills, contributing to NYC’s disposal costs and creating greenhouse gas
emissions, this organic waste is converted into a useful product that adds nutrients and improves the
quality of soil for street trees, gardens, and more.

“Reaching this 10-million-pound milestone in such a short time is invigorating for all of us at GrowNYC,”
said GrowNYC President and CEO Marcel Van Ooyen. “We’re not only proud of the work we do, but also
of our fellow New Yorkers who are clearly dedicated to reducing waste and composting.” 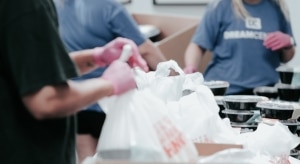 ALBANY — The New York State Department of Environmental Conservation (DEC) and Feeding New York State, the state association of New York’s 10 Feeding America member food banks, today announced that a total of one million pounds of food was donated to hungry New Yorkers as part of the ongoing implementation of the State’s Food Donation […] 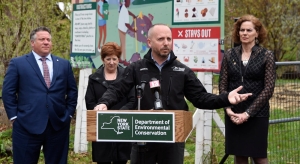 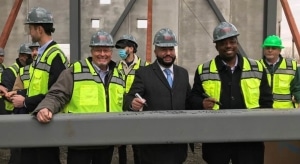 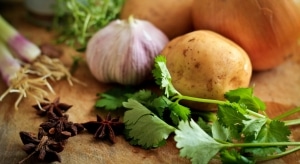 ALBANY — State Department of Environmental Conservation (DEC) Commissioner Basil Seggos today announced the adoption of final regulations to implement New York’s Food Donation and Food Scraps Recycling Law. The law and implementing regulations are a critical step in addressing contributors to climate change and assisting those in need by supporting the donation of quality food. The […]