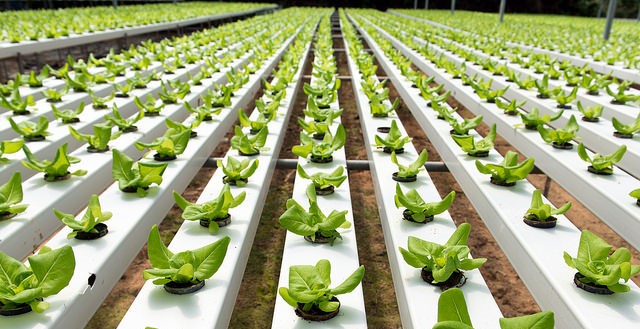 Organic leaders have held rallies around the world, illustrating broad-based interest by the public in continuing the tie between organic regulations and the regenerative practices of growing in the soil. (Aqua Mechanical, Flickr/Creative Commons)

JACKSONVILLE, Fla. — When organic stakeholders and lobbyists converge in the sunshine state October 31 for the semiannual meeting of the USDA’s National Organic Standards Board, front and center will be the debate about changing the federal organic standards to allow organic produce grown hydroponically. The practice of growing fruits and vegetables in inert mediums that depend on liquid fertilizers, rather than in rich organically managed soil, has been intensely controversial. The USDA has quietly allowed importers and agribusinesses to skirt the legal requirements for careful soil stewardship and still qualify for use of the organic seal.

The USDA’s National Organic Program (NOP) has been facing a maelstrom of criticism after a series of investigative reports in The Washington Post documented abuses on factory farms and uncovered large quantities of fraudulent imported organic commodities.

On September 18, the Office of Inspector General released the results of an audit finding the USDA failing dismally in their congressionally mandated oversight of imports. Also in September, the NOP’s longtime director, Miles McEvoy, announced his abrupt retirement.

“Ethical farmers and their marketing partners are victims of a cozy relationship between regulators at the USDA and the industry’s powerful lobby group, the Organic Trade Association,” said Mark Kastel, codirector of The Cornucopia Institute, a prominent organic industry watchdog. “Family-scale farmers are being squeezed out of the growing industry, and the reputation of the organic label has been harmed—the USDA and corporate lobbyists are now in full-on damage control mode.”

Decades-long organic producer, Dave Chapman of East Thetford, Vermont, and one of the leaders in the Keep the Soil in Organic movement, stated, “The whole organic movement was based on a respect and a reverence for 350 million years of co-evolution between plants and soil.”

Chapman and other organic leaders have held rallies around the world, illustrating broad-based interest by the public in continuing the tie between organic regulations continue and the regenerative practices of growing in the soil.

“After spending the last half of my life helping promote the organic farming movement, I am heartbroken to hear some growers threatening to opt out of organic certification, or develop an alternative label if the stewardship of nutrient-rich soil is eliminated as a foundational requirement,” added Cornucopia’s Kastel. “There will be a lot at stake in Jacksonvillein a few days.”