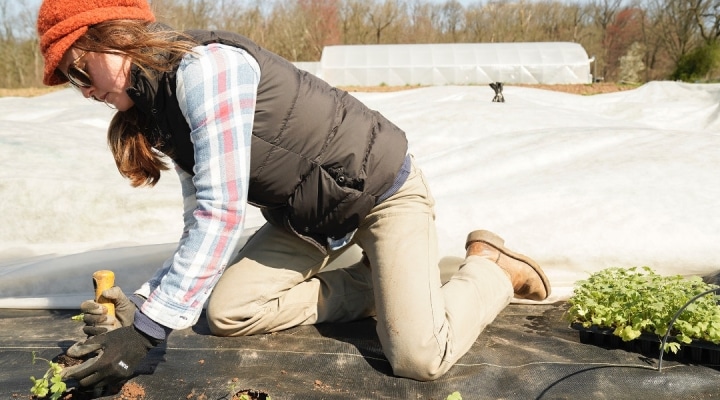 The agriculture industry is so lucky to have people like Dona and Anne Marie working so tirelessly on its behalf. Their work embodies the mission of Oregon Women for Agriculture, working to communicate the story of today’s agriculture. (Zoe Schaeffer/Unsplash)

ALBANY, Ore. — Each year, Oregon Women for Agriculture (OWA) recognizes two individuals whose contributions to the organization and to agriculture are truly outstanding. These two awards, LEAVEN and Service to Ag, were presented during the annual meeting, on February 27th, 2021 during their annual meeting.

The LEAVEN Award is given to an OWA member who acts as leaven and multiplies her effectiveness for the good of the organization, just as leaven does to bread. They display Loyalty to the mission, are Enthusiastic, Anticipatory, and Valiant. They also show Effectiveness and are Nurturing of the talents of others. This year’s OWA LEAVEN award recipient is Dona Coon of Shedd, Oregon.

Dona has been a loyal member of OWA since 1983. She has been very involved in State Conventions, the Annual Auction, State Fair Booths, and served as OWA President at the state level. Dona has also served as President of the Linn-Benton Chapter, is currently serving as chapter Vice President and also serves as a county director for the OWA State Board.

She kept the Oregon Ag in the Classroom program alive in the 1990’s when the Agri-Business Council ended their support of the program. Dona moved materials from the ABC office in Portland to her home. She served on the AITC board for 30 years and was a strong advocate for the Get Oregonized book, serving as editor on three versions.

Dona’s many talents and devotion for all aspects of agriculture make her a very worthy recipient of the LEAVEN award.

The OWA Service to Ag award is presented each year to an individual who has extensively shared the message of agriculture with others in a way that has benefited the industry. They advocate and educate with the same goals as OWA.

Anne Marie grew up in Illinois and worked a summer job detasseling corn, but did not grow up on a farm. When she joined OFB, she threw herself into learning about agriculture, focusing on individual member families and the specifics of their operations. She has taken numerous American Farm Bureau and other workshops and classes on ag and completed the REAL Oregon ag leadership program as a member of its inaugural class.

As Communications Director, Anne Marie is a literal spokesperson for ag every day. While her work and writing are often attributed to others or just appear under the OFB banner, she is communicating and advocating every day. She is also creative about messaging and opportunities to reach non-ag audiences. She has won national awards for photography, publication design, website content, and writing.

Anne Marie has been an integral part of nearly all of OFB’s educational outreach to students, consumers, and legislators for over 15 years. In most cases she is the creative force behind their efforts and a relentless implementer once the vision is clear.

In the words of Past OWA President, Helle Ruddenklau, “Anne Marie is talented in her work, and with her positive and upbeat personality is a joyful yet forceful advocate on behalf of Oregon agriculture.”

The agriculture industry is so lucky to have people like Dona and Anne Marie working so tirelessly on its behalf. Their work embodies the mission of Oregon Women for Agriculture, working to communicate the story of today’s agriculture.

About Oregon Women for Agriculture

Oregon Women for Agriculture was organized 50 years ago by Willamette Valley farm women who were concerned with regulatory issues impacting the grass seed industry. Since that time, this volunteer group has broadened its scope to include nearly all facets of agriculture and areas of the state. Learn more at owaonline.org.