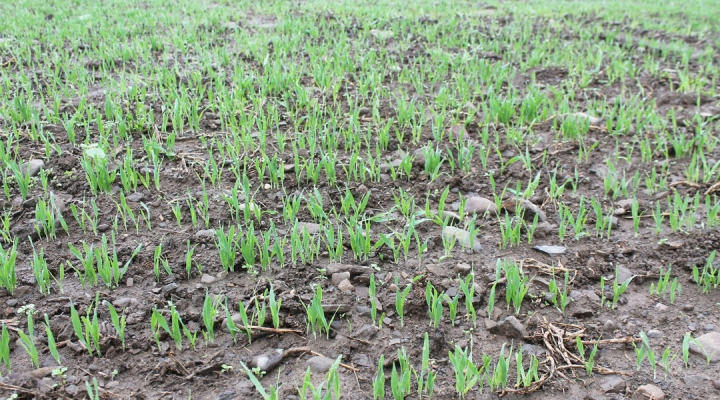 CHAZY, CANTON, and WILLSBORO, N.Y. — The farmer-driven Northern New York Agricultural Development Program (NNYADP) has funded research investigating the opportunity for regional growers to meet the New York State requirement that all Farm Brewery-Licensed beer be made with 90 percent New York-grown ingredients by 2024. The results of the first two years of trials at three sites in northern New York are now posted at https://www.nnyagdev.org.

With funding from the NNYADP in 2019 and 2020, Sorrells established trials of winter and spring malting barley at Chazy, Canton, and Willsboro, New York. He is pleased with the early data.

“The winter survival rate was surprisingly good, particularly at one site, after one year of winter exposure for the 10 winter malting barley varieties planted at Canton and Willsboro in the fall of 2019. The varieties that had the best winter survival also produced the best grain yields. Four varieties produced yields of 50 or more bushels per acre with survival rates of 86 percent or higher,” Sorrells said.

Sorrells points out that the trials’ early data sets clearly make the case for multi-year and regional testing. The spring malting barley variety that had the lowest yield in 2019 produced the highest mean plot yield and test weight in 2020 for the combined Chazy-Canton evaluation of the 10 varieties planted at both sites. Additional years’ data will help determine the factors influencing that dramatic difference in results.

Sorrells estimates the market value of malting barley at $8 to $12 per bushel, and notes that the regional research also positions NNY growers to sell their crops to malt houses and brewers in neighboring states as well as to those in New York State.

A 2018 economic study by the New York State Brewers Association, Rochester, New York, reported that 26 breweries located throughout the six-county northern New York region employed 3339 workers receiving $34.589 million in wages, with a total industry output of more than $130.4 million in the regional economy.

The complete Malting Barley Variety Evaluations for Production in NNY report is posted under the Research: Field Crops tab at https://www.nnyagdev.org.