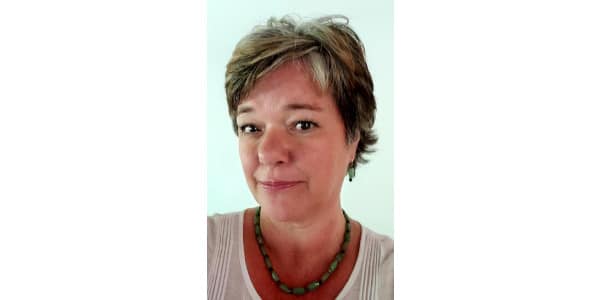 CHIPPEWA FALLS, Wis. — Our recently vaccinated family hit the highways and waterways in a major way this last month. Thanks to public investment, we have highways and interstates that cross the entire country, and I can zip off to visit family in Wyoming or Michigan relatively easily. I can make my way down the Mississippi River facilitated by an important lock and dam system that also allows commerce to flow. American investment in infrastructure is often taken for granted, but having lived and traveled in lesser developed nations with poor roads, airports, and sometimes completely dysfunctional food systems, I can say we have it good.

Public investment in domestic infrastructure allowed the U.S. economy to become one of the best in the world and keeps people safe and healthy.

It’s in trouble though. The American Society of Civil Engineers (ASCE) has compiled regular “report cards” on U.S. infrastructure for decades. In the 2017 report, the nation’s infrastructure averaged a “D+,” meaning conditions were “mostly below standard,” exhibiting “significant deterioration,” with a “strong risk of failure.” Without significant investment, infrastructure gaps will cause major losses to a nation’s GDP.

Rural areas see the gaps in affordable and accessible broadband, failing hospitals and unsafe highways, bridges and dams. It’s bad in urban areas too. In a recent Farmer-Labor Podcast conversation with Angela Lang, executive director of Black Leaders Organizing for Communities, she described the cascade of individual and community problems caused by lead pipes in Milwaukee. Lead from water lines leaches into tap water and can have unhealthy effects on those who drink it, especially developing children. Lang spoke at length about physical and behavioral problems that affect children and cause a lifetime of damage. Fixing infrastructure problems should be something all Wisconsinites can get behind.

The mayors of Wisconsin’s five largest cities recently penned a column of support for the American Jobs Plan, noting how not keeping up with repairs becomes overwhelmingly expensive. This is compounded by major weather events. Wisconsin has experienced 16 extreme weather events totaling $10 billion worth of damage over the past decade.

My personal experience with dangerous flooding came in June 2018. The first day on my new job at Wisconsin Farmers Union was unfortunately compounded by worry. My 19-year-old daughter was living alone in a remote area during the second “100-year flood” to hit Bayfield County in two years. As she came home from work one night, the accumulation of four days of steady rain finally overran the capacity of rural infrastructure to hold back the water and all hell broke loose. Luckily, she made it home despite flooded roads and downed power lines, but we couldn’t reach her in subsequent days and were really worried. Two people died in the floods, communications were down, and roads were washed out and closed for months. Some more remote roads were just repaired this year. The reality is rural counties don’t have the resources to keep roads fixed when things are normal, let alone when weather catastrophes happen.

If you watch hyperpartisan news shows or listen to corporate-funded knobheads on Capitol Hill, you might think Americans are divided about how to pay for the American Jobs Plan and fix our roads and bridges, but the vibe is quite different on Main Street USA. The plan would raise the tax on U.S. corporations who profit from foreign income and impose a new corporate minimum tax. WFU’s grassroots membership has long stood against corporate greed. Many Americans support raising the corporate tax rate to pay for the infrastructure plan, including the majority of small businesses. This public support has yet to be recognized by the House and Senate. Maybe their ears are more open to corporate lobbyists than to constituents, or maybe they haven’t heard from the masses. While people may disagree on what constitutes “infrastructure”, they know that clean water and safe roads are why we pay taxes and both individuals and corporations need to pay their fair share.

Help educate those around you about the benefits of the American Jobs Plan, even if you don’t agree with every single line item. This is the largest investment in rural areas that most of us will see in our lifetime and it could change the quality of life in big ways. As one young writer recently wrote in the op-ed section of The New York Times, “The American Jobs Plan is my generation’s New Deal.” Don’t wait for one more flood or one more excuse; the time is now.

2021 Ginseng Board of Wisconsin election results