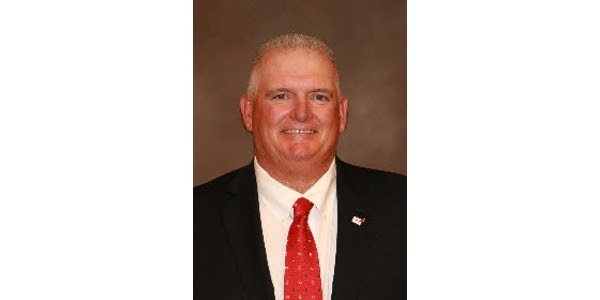 “We showed up Tuesday morning ready to roll our sleeves up and get to work. We knew that we were going to have to make cuts of about $7 million,” said Beef Board Chairman Brett Morris, a cattle producer from Oklahoma. (Courtesy of Cattlemen's Beef  Promotion and Research Board)

In action at the end of its September 12-13 meeting in Denver, the Operating Committee approved checkoff funding for a total of 14 “Authorization Requests” – or proposals – brought by seven contractors for the fiscal year beginning October 1, 2017. The committee, which includes 10 producers from the Beef Board and 10 members from the Federation of State Beef Councils, also recommended full Beef Board approval of a budget amendment to reflect the split of funding between budget categories affected by their decisions.

The seven contractors had brought a total of $45 million worth of funding requests to the Operating Committee this week, $7 million more than what was available from the CBB budget.

“We showed up Tuesday morning ready to roll our sleeves up and get to work. We knew that we were going to have to make cuts of about $7 million,” said Beef Board Chairman Brett Morris, a cattle producer from Oklahoma.

“They are all good programs, and we hate for any of them to get cut, but with the amount of resources we had to work with, we had to make cuts,” Morris said. “I think the whole committee came through in agreement. Bottom line, we had a great task to accomplish, and we got there. I think the beef industry is in good shape because of it.”

In the end, the Operating Committee approved proposals from seven national beef organizations for funding through the FY 18 Cattlemen’s Beef Promotion and Research Board budget, as follows:

Broken out by budget component, the Fiscal Year 2018 Plan of Work for the Cattlemen’s Beef Promotion and Research Board budget includes:

“This was my third year on the Operating Committee and our decisions were a lot harder to make than they ever have been before,” said Stacy McClintock, a cow-calf producer from Kansas. “Everybody on the committee came together and we made some great decisions for the industry.”

Operating Committee Member and Federation Director Jerry Effertz of North Dakota might have summed up the committee’s hard work best in his final comment on the meeting: “I have never been as privileged to be a part of something as I am our grassroots checkoff decision-making system.”

For details about the proposals considered by the Operating Committee, click on the Meeting Center on MyBeefCheckoff.com.

— Cattlemen’s Beef  Promotion and Research Board

Has California seen its agricultural 'heyday?'