Home » OP-ED: It is an opportune time for action and clean water 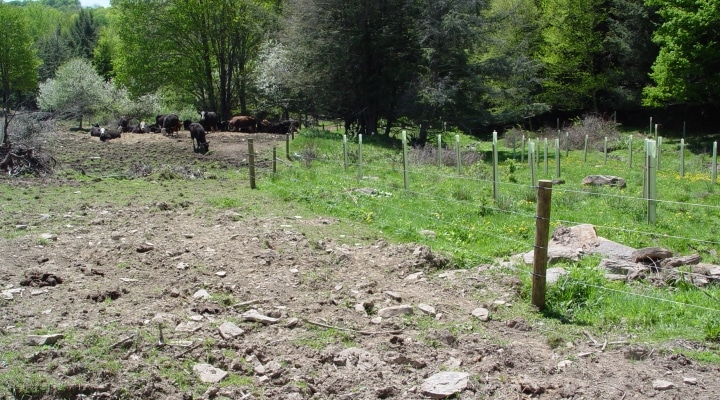 Seizing current funding opportunities can put Pennsylvania back on track toward its goals for cleaner local rivers and streams and saving the Bay. (photo by Chesapeake Bay Foundation)

HARRISBURG, Pa. — In the wake of what has become a legacy of inadequate commitment and investments of financial and technical resources at the state and federal levels, the Chesapeake Bay Foundation (CBF) is optimistic that seizing current opportunities can put Pennsylvania back on track toward its goals for cleaner local rivers and streams and saving the Bay.

But time is running out.

Roughly 25,450 miles of Pennsylvania waters are harmed by pollution; and that number grows with each new report.

The Bay is resilient, but the job of restoring it is far from over. According to the Chesapeake Bay Program, the abundance of female blue crabs is down and so are underwater grasses that absorb nutrients and are essential habitat for crabs and fish.

With the 2025 deadline to achieve the Clean Water Blueprint looming, opportunities exist and success rests with the state and federal levels doing their parts. Increased investments in regenerative agriculture strategies in Pennsylvania are good for farm productivity and keeping soil and nitrogen on the land instead of running into local waters.

CBF sees exciting opportunities for the federal government to invest significantly more in Pennsylvania on regenerative farming practices that are most effective at improving water quality.

Congress just adopted a budget that boosts funding for the U.S. Department of Agriculture (USDA) by tens of billions of dollars. It’s important that a significant portion of that increase goes to providing farmers the financial and technical support to adopt and maintain these beneficial practices.

The $1.2 trillion Infrastructure Investment and Jobs Act making its way through Congress is another opportunity to bolster federal funding to help Pennsylvania meet its clean water goals. The bill calls for the Chesapeake Bay Program to get an additional $238 million over the next five years. Pennsylvania would see a portion of the extra $47.6 million a year to fund important conservation work. The Senate passed the infrastructure earlier this month but the House of Representatives must still hold a vote.

The Billion for the Bay proposal before Congressional leadership, presented by governors of the six Bay states, mayor of Washington, DC, and chair of the Chesapeake Bay Commission, represents the kind of additional investments Congress could make to boost work toward Blueprint goals.

The Climate Stewardship Act would provide billions of dollars in investments in the USDA’s working lands conservation programs with funding directed toward climate stewardship practices.

In Pennsylvania, available federal American Rescue Plan (ARP) money could have been used through the annual budgeting process to restore and protect rivers and streams, improve the productivity of farms, and reduce nuisance flooding in our communities. But it wasn’t.

There is an opportunity in the new Clean Streams Fund, introduced by a bipartisan group lead by State Senator Gene Yaw (R-Lycoming). Senate Bill 832 proposes some of the $250 million of the $7 billion in ARP money Pennsylvania received go into the fund that would support the Agricultural Conservation Assistance Program (ACAP), which Senator Yaw also introduced.

Farmers have shown they are willing to invest their time, land, limited funds, and effort to clean and protect local rivers and streams. But they need greater investments from state and federal sources if they are to expand and finish the job.

With this optimism we see in these opportunities and as vigilant watchdogs for the Bay, CBF will continue to demand accountability at all levels for living up to clean water commitments that have been made.

In 2014, and in compliance with the Chesapeake Clean Water Blueprint and Clean Water Act, Bay states including Pennsylvania committed to developing and implementing plans to reach the pollution-reduction goals. The federal Environmental Protection Agency (EPA) said it would impose consequences if plans or implementation were insufficient.

When final plans submitted by Pennsylvania and New York fell short of the goals, EPA accepted them anyway.

So, CBF and its partners, and the Attorneys General for Maryland, the District of Columbia, Virginia, and Delaware filed separate lawsuits over EPA’s failure to uphold its Clean Water Act obligations to ensure that state plans reduce pollution sufficiently to restore water quality in the Bay.

As CBF President William C. Baker said, “If EPA doesn’t require Pennsylvania and New York to meet their commitments to reduce pollution, the Bay and its rivers and streams will never be saved.”

Article 1, Chapter 27 of the Commonwealth constitution guarantees Pennsylvanians get clean air and water critical to our economy, health, and quality of life.

State and federal opportunities for cleaner rivers and streams exist. It’s long past time to seize the moment and make things right for Pennsylvania and the Bay.