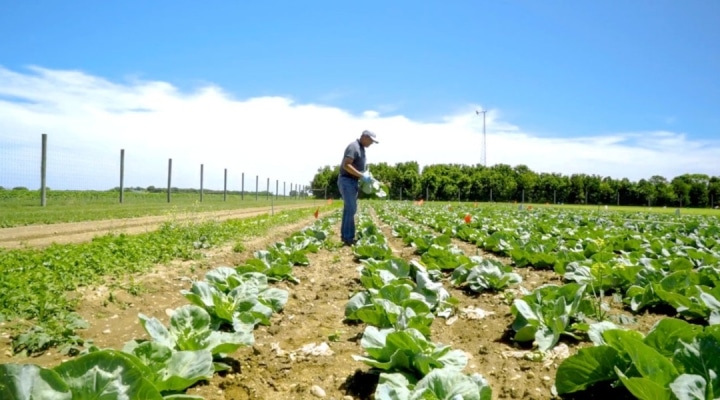 RIVERHEAD, N.Y. — On the eastern tip of Long Island this summer, the blossoms of nearly 1,000 impatiens plants produced a kaleidoscope of red, orange, pink and purple spanning roughly an acre.

The popular flowers were not decorative but part of a multiyear effort by the Long Island Horticultural Research and Extension Center (LIHREC) to develop varieties resistant to a downy mildew that has devastated impatiens sales in New York state. The decline from more than $10 million in 2009 to about $2 million a decade later particularly hit the center’s home of Suffolk County, which leads the state in the value of crops produced.

“It was a big economic problem, with the greenhouse industry being so strong here,” said Mark Bridgen, LIHREC director and a professor in the School of Integrative Plant Science in the College of Agriculture and Life Sciences (CALS). “And that’s what we’re here for – to do applied research to help the agricultural and horticultural businesses of Long Island.”

On Sept. 22 in Riverhead, the LIHREC, part of the Cornell University Agriculture Experiment Station, formally marked a century of dedication to that mission. A celebratory event with tours and remarks welcomed dignitaries including President Martha E. Pollack; Benjamin Z. Houlton, the Ronald P. Lynch Dean of CALS; and local elected officials.

It’s the nation’s only horticulture center offering expertise in every commodity, Bridgen said – from greenhouse and floriculture to nursery and landscape plants, vegetables, and fruit. A team of 10 scientists provides expertise across the disciplines of plant pathology, entomology, weed science and plant tissue culture.

“We’re a one-stop shop,” Bridgen said. “And we’re a true extension center. Most of our stakeholders are within a 50-mile radius, so we really interact with them and try to help them solve their problems with diseases or bugs.”

Early on, the center researched commercially important crops including cabbage, cucumber, corn and potato. Over the years, the region’s agricultural focus has shifted to fruit, vineyards and ornamental plants.

In addition to the impatiens project, Bridgen said recent research highlights include:

Looking ahead, Bridgen said climate change will increasingly drive the center’s research priorities, likely to include more heat- and drought-tolerant plants. Looking back, he said mildews have posed a constant challenge over the past 100 years.

Among the impatiens recently, a control group of about 50 plants fell victim to the downy mildew pathogen – a fuzzy white substance that causes leaves and petals to drop within days, leaving behind only stems. But neighboring plants are showing broad-spectrum resistance to various mutations of the disease, Bridgen said.

The research, supported by the New York Farm Viability Institute, seeks to improve the plants’ natural resistance. Native species found to be more mildew-resistant are being hybridized with the common impatiens, gradually strengthening resistance over successive generations.

“If we can develop resistant plants genetically,” Bridgen said, “that helps avoid the need for additional fungicides and chemicals.”

The early effort is showing promise, Bridgen said, but will require, well, patience. He expects that within five years the center will have developed varieties that could help restore sales across the state to former levels.

“As agriculture evolves on Long Island,” Bridgen said, “we’ll continue to respond to the needs of the horticultural industries and continue to educate and support growers with practical information generated by Cornell specialists.” 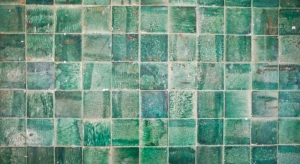 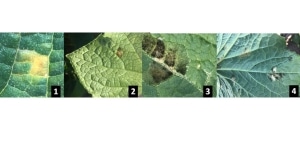 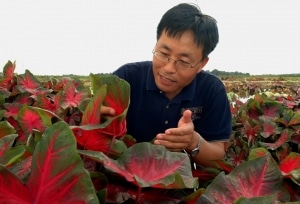 BALM, Fla. – If you’re impatient for impatiens, a University of Florida scientist has good news for you: Some varieties of the popular flower resist the deadly downy mildew disease better than others. Many people love to plant impatiens – also known as the “Touch Me Not” — in their gardens, yards and patios because of […]