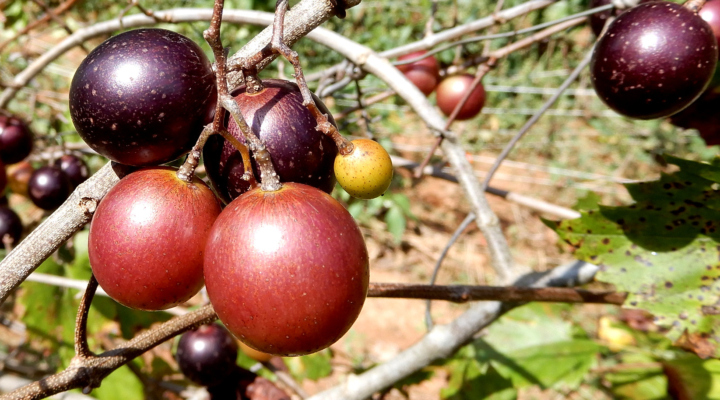 ATHENS, Ga. — Muscadines are often recognized for their disease and insect resistance, but recent research has shown that the South’s native grapes are vulnerable to parasitic nematodes.

“It was one of the black boxes that we hadn’t looked into before,” said Phil Brannen, a professor in the Department of Plant Pathology. “As we started to look at the nematodes that were affecting the other grapes we’re starting to plant in Georgia, we thought, ‘Well, we wonder what the population of nematodes are like in muscadines.’”

The findings shouldn’t set off alarm bells for muscadine farmers, but it’s something they need to be aware of, especially if they are replanting vineyards.

“We’re not telling anyone to do anything right now,” Brannen said. “In most cases, we don’t think they’re causing problems. However, I would take nematode samples prior to planting muscadines, especially in replants.”

Muscadines are known for their tough skin, which protects them from many different fungal diseases that would otherwise affect the crop. European bunch grapes are much more susceptible to damage from fungal diseases and nematodes. Nematodes are microscopic worms that can affect the health and quality of the grapes, as well as their production and maintenance.

Because of the relative disease resistance of muscadines, people had assumed that muscadines didn’t harbor nematodes, but that belief wasn’t really based on research, Brannen said.

The fact that nematodes have been found to affect muscadine grapes may change the outlook on production in the state.

The scientists conducted the survey in August and October 2018. They tested 19 vineyards in Georgia and North Carolina where they discovered seven types of nematodes: root-knot, ring, stunt, spiral, stubby-root, lesion and dagger nematodes, Brannen said.

The populations found differed between Georgia and North Carolina, suggesting that the vineyard management strategies may differ between the two states.

Native to the southeastern U.S., muscadines are often considered a “super fruit,” Brannen said. They have extremely high levels of resveratrol, phenols and antioxidants, giving them the ability to help fight cancer-causing agents and even cardiovascular disease.

Muscadine grapes have combined sales of $5.2 million in Georgia and North Carolina, making them economically important to the two states, Brannen said. They are often used in small farm-based businesses to make pies, juices, jams and wine.

“In the future, we would like to do several things,” Brannen said. “Among those, it would be really important to actually put out some nematicides, especially in replant scenarios, where we know populations of nematodes are high and to see what kind of an impact the nematicide has on the growth and possibly even the yield of the plants.”

Because muscadine grapes are an important crop in so many states, Brannen’s next step in the research will be to identify if, and to what extent, nematodes may negatively affect the muscadine crop yield and what sort of management strategies may help in production.

For more information on the study, visit apsjournals.apsnet.org.

USDA to conduct the 2019 Census of Horticultural Specialties

Scout soybeans for stink bugs and defoliators through R7
September 14, 2020