Home » On patrol for critter control 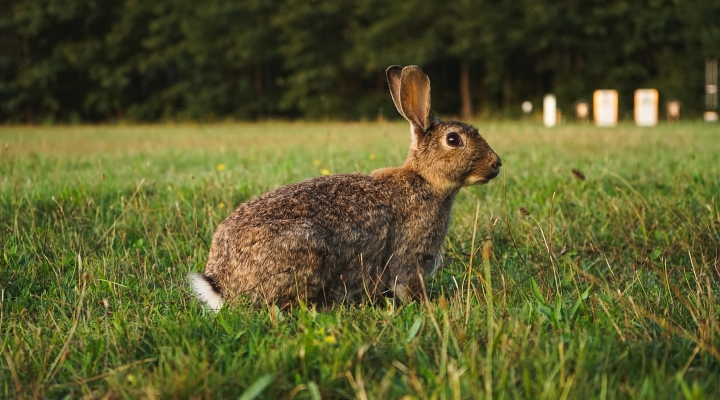 “Hunger is a tremendous stimulus,” MU Extension horticulturist David Trinklein says. “During periods of dry weather when food in the wild is sparse, wildlife will seek to feed on garden plants.” And once critters get used to munching on garden plants, it’s harder to prevent future depredation. “Early intervention is important if control is to be successful.” (Dylan Calluy/Unsplash)

COLUMBIA, Mo. – Pest control in the garden might conjure images of a season-long battle with bugs, weeds and diseases. But sometimes four-legged “friends” such as deer, rabbits and squirrels can inflict far more damage, says University of Missouri Extension horticulturist David Trinklein.

Protecting the garden against famished fauna can be a challenge. “Hunger is a tremendous stimulus,” Trinklein says. “During periods of dry weather when food in the wild is sparse, wildlife will seek to feed on garden plants.” And once critters get used to munching on garden plants, it’s harder to prevent future depredation. “Early intervention is important if control is to be successful.”

Frightening wildlife with auditory or visual repellants can be effective when used properly, Trinklein says.

Auditory repellants include pyrotechnic devices such as noise bombs, screamer shells and firecrackers. Their effects aren’t permanent, and some wildlife become acclimated to the noise. “Nuisance animals such as birds are less likely to respond to noise once they have habituated an area,” he says. “Additionally, a variety of noises is more effective than a single noise used repeatedly.”

Visual repellants include scarecrows, figures of predatory birds, mirrors and aluminum pie plates or foil. As with noise, these deterrents can become less effective as wildlife get used to them. Trinklein recommends relocating them on a regular basis.

Chemical repellants deter wildlife with their taste or odor. They are usually sprayed or brushed on vegetation and may contain a sticky substance to make them more rain-fast. Their effectiveness depends on a number of factors. “Suffice to say, the hungrier an animal is, the less likely it will be deterred by a chemical repellant,” Trinklein says.

Trinklein suggests an easy homemade repellant consisting of 20% whole eggs and 80% water by volume. “It reportedly is quite effective against deer,” he says. The mixture tends to withstand weather but should be reapplied monthly.

Some of the newer commercial repellants contain capsaicin, the chemical that imparts the “fire” to hot peppers. Factors to consider when choosing chemical repellants include safety of humans and pets, toxicity to plants and expense.

Fences, netting, cages and similar barriers can do a good job of keeping critters out of the garden, but they also can be expensive, Trinklein says.

Using 36-inch chicken wire buried 6 inches in the soil can keep out small animals such as rabbits or squirrels. An 8-foot fence should be an effective barrier for deer. Woven wire (chain link) fences are most effective. “Synthetic netting can be used but represents less of a physical barrier to highly motivated animals,” he says. Placing small cages of wire or netting over individual plants is less expensive but detracts from the garden’s visual appeal.

Electric fences represent somewhat of a compromise between initial expense and effectiveness, Trinklein says. For small animals such as rabbits, electrified wires positioned 2 and 4 inches above the ground should be sufficient. “For deer, a series of three wires located 18, 36 and 54 inches above ground has proven to be effective,” he says.

Baiting the fence by hanging strips of foil coated with peanut butter will help “educate” deer on the nature of electric fences and keep them from charging through them on first encounter, he says.

In all cases, electric fences should be clearly labeled for safety purposes and monitored on a daily basis.

Some popular ornamental plants deer tend to shun due to texture, odor or taste.