Home / Oklahoma / Oklahoma weather disrupted soybean production
A new user experience is coming! We'll be asking you to login to your Morning Ag Clips account March 1st to access these new features.
We can't wait to share them with you! Read more here. 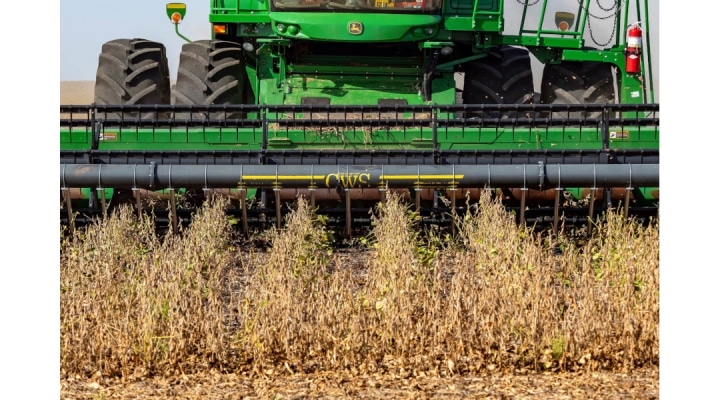 Historically, 2021 will go down as a tale of two soybean crop choices: full-season and double-crop. The double-crop soybeans were planted following harvest of a field’s first grain crop, such as wheat in many Oklahoma counties. The more quickly developing double-crop varieties were less affected by the September weather than the slower developing full-season varieties.

“Full-season soybean growers have been frustrated; everything was looking good and then Oklahoma was hit by atypical weather in September, which is a really key time in the development of the plants,” said Josh Lofton, Oklahoma State University Extension cropping systems specialist. “The big takeaway is to realize they didn’t do anything wrong. Mother Nature just threw them a curve.”

As late as Sept. 1, analysts were projecting a 2% increase in the 2021 Oklahoma soybean crop over the previous year. Lofton recently spoke more in-depth about September’s effect on the agricultural television show SUNUP.

“Overall, the quality of Oklahoma’s collective soybean crop was fine,” he said. “We just didn’t have enough of it. Unfortunately, there is not a lot full-season soybean producers can do except take solace in the fact they did everything they could and stay the course. Hopefully, Oklahoma experiences more typical weather patterns next year.”

OSU’s Division of Agricultural Sciences and Natural Resources updated its soybean production guide recently, making it a comprehensive, up-to-date resource for both full-season and double-crop soybean growers. The guide is available online and through OSU Extension county offices.

Soils suitable for growing soybeans are found throughout Oklahoma. Hot and drier conditions in the western part of the state limit production unless irrigation is used.

The value of Oklahoma soybean production was more than $163 million to the state economy in 2020, according to U.S. Department of Agriculture data.