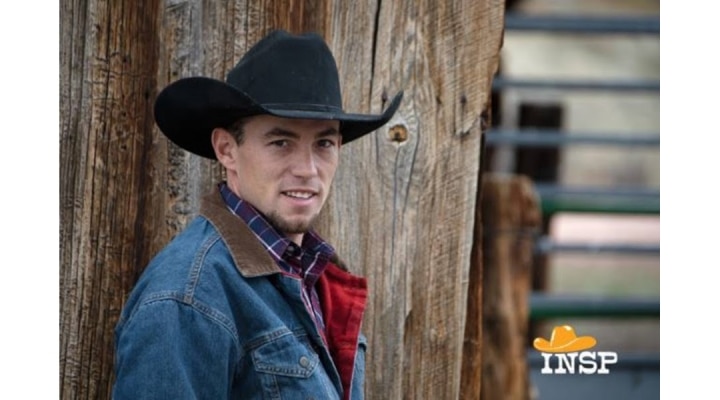 Chris Becker (Jay, OK) is among 14 contestants throwing his cowboy hat into the ring in the third season of the INSP cowboy competition series Ultimate Cowboy Showdown. (Courtesy Photo)

OKLAHOMA CITY — Oklahoma is home to many greats – Chuck Norris, Carrie Underwood, and Garth Brooks– to name just a few, but is it also home to the next winner of Ultimate Cowboy Showdown?

Chris Becker (Jay, OK) is among 14 contestants throwing his cowboy hat into the ring in the third season of the INSP cowboy competition series Ultimate Cowboy Showdown, hosted by country music icon Trace Adkins. With the chance to win a life-changing prize package on the line, Chris Becker, a self-made, first-generation rancher, will have to use his unique cowboy skills throughout a series of thrilling individual and team challenges, to bring the ‘ultimate’ title back to Oklahoma.

In Ultimate Cowboy Showdown, top cowboys from across the United States compete to win a herd of cattle (worth at least $50,000), a coveted belt buckle, and a lifetime of bragging rights. As they lock horns in a series of grueling challenges, they are judged on their skills, knowledge, grit, and passion. The diverse male and female contestants include ranch owners and managers, horse trainers, ranch hands, bull riders, and rodeo competitors. One-by-one, the cowboys who don’t perform are eliminated by country music icon Trace Adkins and a panel of expert judges. In the end, only one cowboy rides away with the herd.

The 10 episodes of Ultimate Cowboy Showdown will air on INSP starting on Thursday, April 21st at 8PM ET (you can get a first look at the series by clicking here).

Collegiate Farm Bureau Day at the Capitol set for March 24