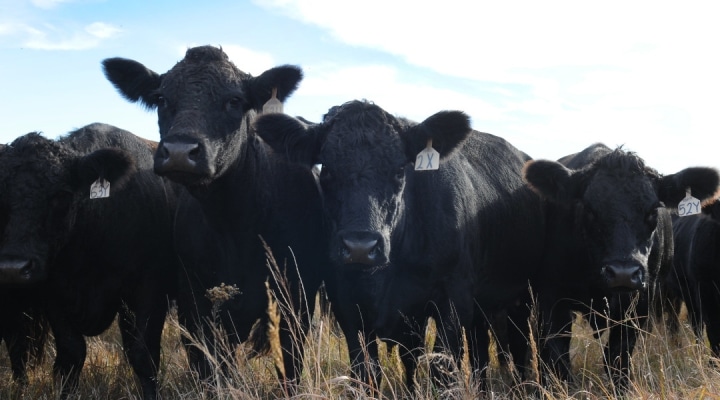 The OCA is the trusted voice of the Oklahoma Cattle Industry and works to protect and empower Oklahoma cattlemen today, to serve tomorrow. (K-State Research and Extension, Flickr/Creative Commons)

Representative Jim Grego was elected to the Oklahoma House of Representatives in 2018.  His district covers Latimer and parts of Le Flore and Pittsburg counties.  Representative Grego is a member of the House Agriculture & Rural Development Committee and is a strong voice for agriculture in the House on all issues. Recently, he has dedicated himself to protecting the Agriculture Sales Tax Exemption by promoting a more robust but easier qualification process.  “Representative Grego is a cattle and hay producer recognizing the daily challenges and opportunities in rural Oklahoma,” said Michael Kelsey, Executive Vice President, Oklahoma Cattlemen’s Association. “He is a strong and reliable voice in the Oklahoma House for agriculture and beef production.”

Representative Dustin Roberts was elected to the Oklahoma House of Representatives in 2010 and is term limited this year.  His district covers Bryan County.  Representative Roberts has served in many leadership capacities in his tenure in the House capped by his service as Deputy Majority Floor Leader.  He served as the House author of HB 1682 this past session leading the House effort to exempt all cattle from personal property tax.  “Representative Roberts has been a great friend of Oklahoma’s beef producers in the House,” said Kelsey.  “He is knowledgeable, consistent and always willing to listen and learn while working hard protecting and promoting agriculture.”

Senator David Bullard was elected to the Oklahoma Senate in 2018.  His district covers Bryan, Coal, Marshall and parts of Atoka and Johnston counties.  Senator Bullard is a member of the Senate Agriculture and Wildlife Committee as well as Vice-Chair of the Senate Rules Committee.  In 2022, Senate Bullard carried HB 1682, exempting all cattle from personal property tax, in the Senate.  “Senator Bullard led the work on HB 1682 carefully negotiating deadlines and hearings while positively promoting the importance of the beef cattle industry in Oklahoma,” said Kelsey.  “He is quick to listen and learn and then accurately articulate the intent of a bill while fielding questions and discussion.”

Senator Brent Howard was elected to the Oklahoma Senate in 2018.  His district covers Greer, Harmon, Jackson, Kiowa and Washita counties as well as part of Custer.  Senator Howard is a member of the Senate Agriculture and Wildlife Committee as well as serving as Vice-Chair of the both the Finance and Judiciary Committees.  He is a generational farmer and brings that real life agricultural perspective to the Oklahoma Senate.  Kelsey said, “Senator Howard led the reform efforts in 2022 to remove the ‘Unmanufactured Farm Goods’ section from the annual personal property tax document. He also brings a valuable agriculture perspective to the Finance and Judiciary Committees which is much appreciated.”

Awards will be presented during the banquet at OCA 70th Annual Convention & Trade Show. This event will be held on Saturday, July 22 at the Embassy Suites in Norman, Okla.

The OCA is the trusted voice of the Oklahoma Cattle Industry and works to protect and empower Oklahoma cattlemen today, to serve tomorrow. OCA is the only voice that speaks solely for the cattlemen of Oklahoma and represents beef producers in all 77 counties across the state. The OCA officers, board of directors and membership encourages you to join us in our advocacy efforts to ensure less government intervention, lower taxes and a better bottom line. For more information about OCA membership, the theft reward program or activities call 405-235-4391 or visit www.okcattlemen.org.

Watch for heat stress in livestock as temps climb