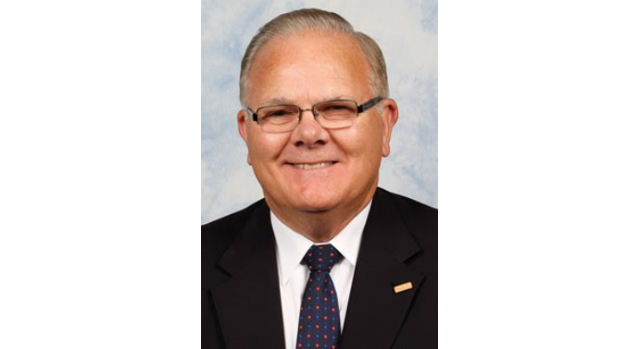 “It is with great pleasure that Jerry is welcomed as a valuable new member to our Board,” stated Norick. “His input and enthusiasm will, no doubt, be instrumental in the continued progress and success of State Fair Park and the Oklahoma State Fair, being presented this year September 13 – 23.”

President Steward began his professional career as a public school teacher. After graduating from law school, he established his own law firm and was senior partner in the Steward Law Firm for over twenty years. He represented educational institutions throughout the state of Oklahoma during his time in the private practice of law.

Prior to becoming President of Oklahoma City Community College, he served as executive vice president, general counsel, and held other administrative positions at Oklahoma City Community College. He was also a professor of political science, teaching courses in American federal government, international relations, and constitutional law. He is a former member of the Oklahoma House of Representatives where he was chairman of the House Judiciary Committee.

In addition to re-electing Ron Norick as chairman, the Board also re-elected the following slate of officers: David Thompson, vice chairman; E. Carey Joullian IV, vice chairman; G. Rainey Williams, Jr., treasurer; Timothy J. O’Toole, President & CEO. Shannon Crossley, corporate secretary, was also reelected. At the recommendation of the Nominating Committee, the Board also appointed both Bruce Lawrence and Ann Simank to the Honorary Board in recognition of their outstanding service to the Oklahoma State Fair over the past few years.

Oklahoma State Fair, Inc., is an official Adventure Road Travel Partner, which means we’re part of the best destinations you can find on I-35 between Oklahoma City and the Texas border. For more information, visit AdventureRoad.com.

Special event announcements and general updates for the 2018 Oklahoma State Fair will be released as information becomes available. Tickets to the 2018 Oklahoma State Fair, including Disney On Ice, PRCA Xtreme Bulls, outside gate admission tickets and carnival armbands, go on sale Saturday, July 7 at 10 a.m. To stay up-to-date on all the Fair fun, visit www.okstatefair.com, find us on Facebook or follow us on Twitter and Instagram. And don’t forget to share your Fair memories and stories with us using #OKStateFair and #NewFashionedFair.