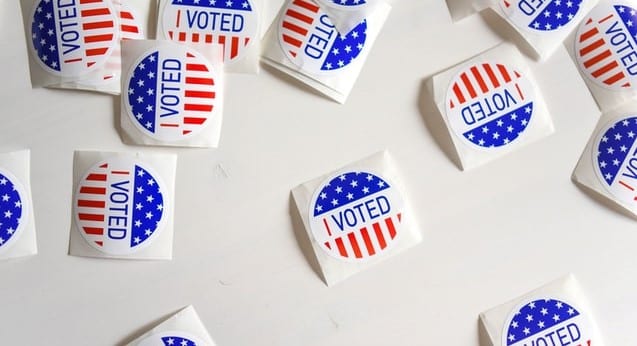 All six congressional candidates endorsed by OKFB’s federal Ag PAC were elected, while 87% of candidates supported by the organization’s state-level political action committee, the OKFB Ag Fund, were chosen to serve in public office in 2020. (Photo by Element5 Digital on Unsplash)

All six congressional candidates endorsed by OKFB’s federal Ag PAC were elected, while 87% of candidates supported by the organization’s state-level political action committee, the OKFB Ag Fund, were chosen to serve in public office in 2020.

“Both the Ag PAC and the Ag Fund exist to give farmers and ranchers a voice in the elections that impact our very livelihoods,” said Keeff Felty, Jackson County farmer and OKFB Ag PAC and Ag Fund chair. “After all of our work to carefully research and consider each race, it’s great to see success for a large majority of the candidates we supported. We look forward to working with each of them in our efforts to secure a bright future for agriculture and the rural way of life.”

Throughout the 2020 election cycle, the Ag Fund gave $77,750 to 55 candidates and endorsed 13 candidates in state-level races.

The decisions to support or endorse candidates were voted upon by the Ag PAC and Ag Fund boards, which are comprised of farmers and ranchers in each Farm Bureau district. The board members gathered input from OKFB grassroots farm and ranch members in their districts to help guide their decisions. The PACs are supported by voluntary contributions from Farm Bureau members as an optional portion of membership dues.

As a member of a coalition against State Question 805, OKFB was successful in helping defeat the measure that would have banned sentencing enhancements for offenders of repeat nonviolent felonies including many agriculture and livestock crimes.

OKFB also supported State Question 814, which would have helped the state Legislature secure federal matching dollars for the Medicaid expansion program approved by voters in June. The measure also was defeated by Oklahoma voters.