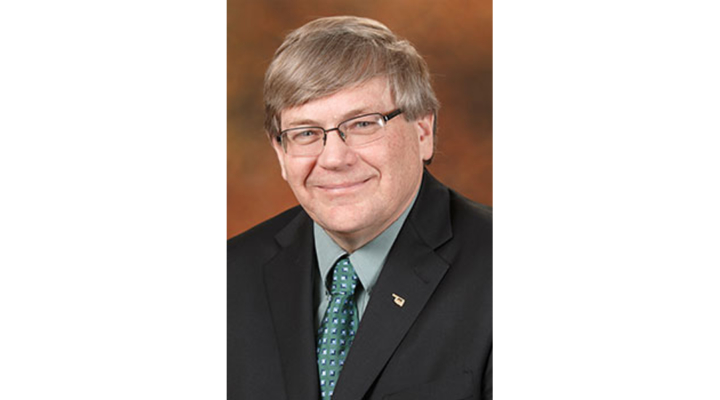 The central Oklahoma small business owner has represented District Three on the OKFB board of directors for seven years. He was re-elected to serve his third term in 2016.

“It’s very gratifying, and it’s unusual because I am unconventional,” Moesel said. “I know I’m not the traditional farmer. Oklahoma’s very much a cow-calf and grains state.”

Moesel and his wife, Dona, own and operate American Plant Products and Services in western Oklahoma City. The grandson of dairy farmers and lifelong Farm Bureau members, Moesel grew up on a vegetable farm and greenhouse operation. He first became involved in the farm organization as a 4-H member.

“I’ve always felt that horticulture is one of the best ways to relate to our urban friends,” Moesel said. “The same issues you face in planting and harvesting a tomato crop when you’re fighting bugs, weather and temperatures are the same issues farmers face with their whole crop. I think the garden and horticulture experience is a great way for people to relate to issues agriculture faces.”

Moesel outlined several priorities as part of his vision for the organization including creating more cooperation with state agriculture groups, retaining relationships with state and federal elected officials, and ensuring Farm Bureau has the right people in place to serve members.

Moesel has been a member of the Oklahoma State University Division of Agricultural Sciences and Natural Resources Dean’s Advisory Committee for more than 20 years, has served as Oklahoma 4-H Foundation president, and co-chairs the OSU Foundation agriculture fundraising committee.

OKFB delegates re-elected three board members for Districts One, Four and Seven.

Alan Jett of Beaver County was re-elected to serve a three-year term on the OKFB board of directors representing District One, which encompasses Beaver, Cimarron, Dewey, Ellis, Harper, Texas and Woodward Counties.

The Oklahoma Farm Bureau Annual Meeting is the organization’s largest gathering of farmers and ranchers every year. At the three-day convention, members vote on grassroots policy, elect leaders and award outstanding individuals. OKFB has a presence in all 77 Oklahoma counties and serves as the voice of agriculture and the rural way of life. To learn more, visit www.okfarmbureau.org.