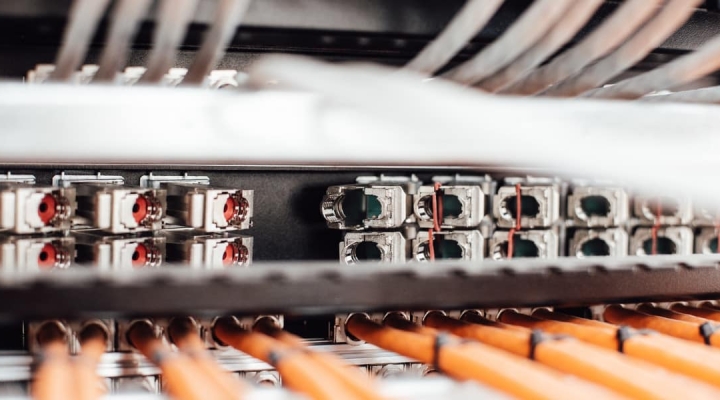 A rancher from Okmulgee County, Meek was one of two individuals appointed to the board by Oklahoma House Speaker Charles McCall.

“As a third-generation rancher, Jim Meek will be an effective advocate for making sure the broadband office prioritizes Oklahoma’s unserved and underserved rural areas first,” McCall said. “I’m thrilled he is bringing his experience and the voice of the Oklahoma Farm Bureau to the table for this transformational opportunity for rural Oklahoma.”

The board has a goal of serving 95% of Oklahoma with adequate broadband internet capabilities by June 28, 2028.

As a resident of rural Oklahoma, Meek recognizes the need for internet access in underserved areas of the state.

“I fully understand the difference the internet makes,” he said. “As we move forward, this is the biggest thing since electricity to hit rural Oklahoma.”

Meek said he saw firsthand the differences in broadband access during his 25-year tenure at CareerTech.

“When I was officed at Stillwater, I always had the latest and greatest technology – the best computers and the best internet service on the market,” he said. “I sat down at my desk, and I could do anything from my computer, and it would respond immediately.”

The same cannot be said for his home in rural Okmulgee County. Meek said his dial-up connection could handle accessing his email – so long as there were no file attachments.

As more of his daily work transitioned to being done at home, he transitioned to using a satellite internet service from his local electric cooperative. Meek said the satellite worked until the COVID-19 pandemic hit.

“My satellite got almost as slow as the dial-up,” he said. “I couldn’t participate in Zoom meetings, and I couldn’t do a lot of my work when I was still working from home. I would have to get up early and drive to Stillwater to use a computer or drive over to Taft – my other office – to use a computer.”

Aside from work and daily tasks, Meek expressed the importance of quality broadband internet for the safety of rural Oklahomans.

Living just 15 miles outside of town, Meek said his house is in a cell phone dead zone. If his phone is not connected to Wi-Fi, he often cannot get reception.

Meek emphasized the need for the Broadband Governing Board to identify solutions to bring broadband internet to underserved areas that is both high-speed and affordable. Dial-up and satellite connections are not the answer, he said.

“Let’s use the best technology we can afford to keep it affordable for our friends in rural areas and small towns so everyone can have access to it,” he said.

Meek said access to high-speed broadband internet is critical for Oklahomans today, whether to apply for a job, access medical services, learn remotely or work from home.

“This broadband will do more to improve the lives of Oklahomans – rural, small towns, even bigger cities – than probably anything since electricity because of the versatility and things it is going to allow them to do that they haven’t been able to do,” he said.

Hog inventory down from last quarter