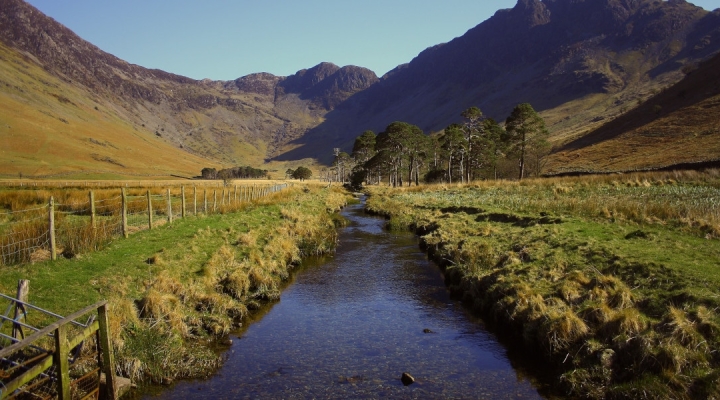 Now spanning more than a decade, Sackett v. EPA focuses on federal jurisdiction of wetlands under the 1972 Clean Water Act. The case began with a dispute over a piece of the Sackett family’s land in Idaho that was filled and leveled for home construction. Soon after filling the land, the Sackett family received word from the EPA stating the land was in fact a wetland under the protection of the CWA and needed to be reverted to its original state.

While the United States Supreme Court upheld the Sacketts’ right to challenge the EPA’s action in 2012, the means to determine whether a body of water is a “water of the United States” remains unclear and controversial.

“Waters of the United States” – a term first used in the 1972 Clean Water Act – has seen many interpretations over the years. Perhaps one of the most recognizable is the 2006 case of Rapanos v. United States, where Justice Anthony Kennedy first introduced the “significant nexus” test in addition to Justice Antonin Scalia’s proposed definition in the Court’s plurality opinion.

Oyez – a collaboration between the Cornell Legal Information Institute, Justia and the Chicago-Kent College of Law – summarizes Justice Scalia’s plurality opinion in Rapanos:

The plurality held that the definitional term “waters of the United States” can only refer to “relatively permanent, standing or flowing bodies of water,” not “occasional,” “intermittent,” or “ephemeral” flows. Furthermore, a mere “hydrological connection” is not sufficient to qualify a wetland as covered by the CWA; it must have a “continuous surface connection” with a “water of the United States” that makes it “difficult to determine where the ‘water’ ends and the ‘wetland’ begins.”

However, according to Justice Kennedy in the case’s concurring opinion, ‘‘to constitute ‘navigable waters’ under the Act, a water or wetland must possess a ‘significant nexus’ to waters that are or were navigable in fact or that could reasonably be so made.’’

An attempt was made to further clarify the definition of WOTUS in 2015 through the Clean Water Rule but was repealed in 2019 and eventually replaced with the Navigable Waters Protection Rule in 2020.

In January 2022, SCOTUS agreed to hear the case once again. In doing so, SCOTUS will decide the proper test to be used in considering whether applicable wetlands are “waters of the United States.”

OKFB and the other state Farm Bureaus in the brief are concerned with the increasing regulatory overreach by the federal government in defining and regulating WOTUS since Rapanos in 2006. The group argued the over-regulation stems from “the absence of a clear and definitive test” to determine what constitutes WOTUS.

In the brief, the group stated:

Seizing upon the ambiguous “significant nexus” test from Justice Kennedy’s concurring opinion in Rapanos, federal agencies have asserted jurisdiction over isolated wetlands (like those at issue in this case), to say nothing of dry ditches and even tire ruts—features that no reasonable person would consider a water of any kind, let alone one “of the United States.” … This intrusion by the federal government into vast swaths of state lands and waters has led to adverse impacts and hardships on amici’s members. Many, if not most, routine farm operations now require farmers and ranchers first to seek the permission of federal bureaucrats, at a substantial cost of time and money.

The group asserted the “significant nexus” test gives agencies like the EPA “essentially limitless regulatory authority.” They would instead like to see the regulation of intrastate waters contained within state and local government as opposed to falling under federal jurisdiction.

This vague “significant nexus” test leaves plenty of room for interpretation when deciding if a water feature is indeed “of the United States.” The group cited several real-world locations and examples, including the Redfield Canyon Wash in Arizona, a desert landscape that only holds water during floods; tire ruts on dirt roads; and ditches and depressions on rural farmland – all of these over which the U.S. Army Corps of Engineers has asserted jurisdiction in the past.

They went on to argue that under the current WOTUS definition, the EPA and the Corps could theoretically assert jurisdiction over nearly the entire state of Arizona based on the state’s intermittent streams.

As it stands, the ambiguous definition of WOTUS places an enormous burden on landowners, especially farmers and ranchers. In the brief, the group put it simply:

In other words, once a feature is declared a WOTUS, landowners must secure a federal permit to undertake essentially any activity in or around the feature, including not only land clearing and construction, but also basic agricultural activities like driving a tractor over the feature or applying fertilizer to and around it.

The intense regulatory overreach costs landowners in both time and money. The group referenced the plurality opinion in Rapanos, citing an average time commitment of 788 days and an average cost of more than $270,000 to obtain an individual permit.

Keeping regulations in local governments also allows for more efficient processing times for making decisions and issuing permits, something that is important especially for farmers and ranchers who often have a limited window of time to perform important tasks like planting seeds and applying herbicides.

The group added leaving regulations up to local governments gives a greater voice to local residents “who are most directly impacted by land use decisions.”

Through presentation of fact and reference to both past court cases and real-world scenarios, the OKFB Legal Foundation and the 20 other state Farm Bureaus in the brief urged SCOTUS to once and for all establish “a standard to determine what constitutes ‘waters of the United States.’”

While Oklahoma’s farmers and ranchers have not yet been impacted by the federal government’s extreme overreach on wetlands as other Farm Bureau states in the brief, a clear ruling by SCOTUS would ensure Oklahomans will not experience it in the future. 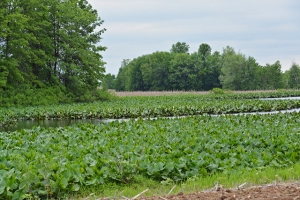 ATHENS, Ga. — Among the first cases to be heard by the U.S. Supreme Court for the October 2022 term will be Sackett v. EPA, No. 24-454 (2022). At stake is the definition of “waters of the United States” and the area of land that is subject to Clean Water Act wetlands protection or land available […] 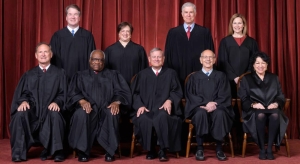 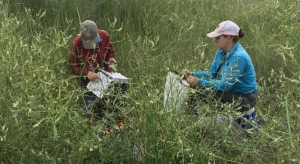 Going the extra mile for the future of Oklahoma's wetlands

OKLAHOMA CITY — The concept seems simple at surface level. This summer the Oklahoma Conservation Commission’s (OCC) Wetlands Program traveled to and studied many of the different wetland areas across Oklahoma for the National Wetland Condition Assessment (NWCA). Wetlands are one of the five waterbody types in the National Aquatic Resource Surveys (NARS) and are […] 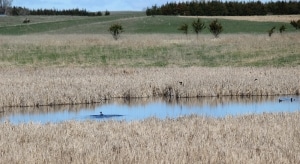