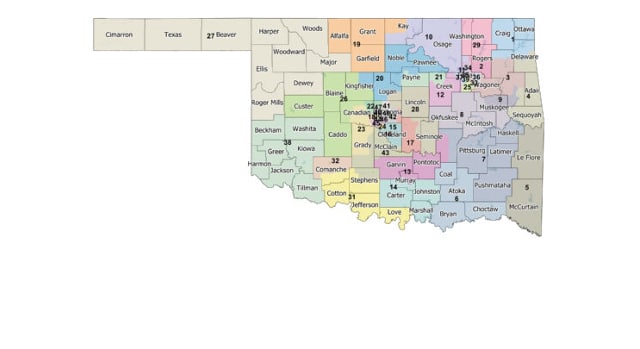 Oklahoma Farm Bureau’s preliminary analysis of the maps showed districts had been drawn to provide fair rural representation, even in the face of growing urban populations.

“Our rural communities are essential to the success of our state because of the goods and commodities they produce for the benefit of all Oklahomans,” said Rodd Moesel, OKFB president. ”We will continue to be an active part of this process to ensure the voices and perspectives of rural Oklahomans are represented.”

Though many rural communities will see shifts in their legislative districts, OKFB’s review of the proposed maps found that most rural districts will remain predominantly rural.

The new legislative district maps are the culmination of a months-long process undertaken by the Legislature, which involved the input of Oklahoma residents including Farm Bureau members.

“We applaud the state House and Senate redistricting committees for their hard work on the pivotal process of redrawing our state’s legislative district lines,” Moesel said. “The outcome of this process will play a vital role in shaping the future of Oklahoma for the next decade. We are grateful for the state Legislature’s efforts to create an open and transparent process that provided all Oklahomans an opportunity to be involved through public hearings and comments.”

The legislation containing the proposed House and Senate districts will begin working its way through the normal legislative process next week in each chamber’s redistricting committees. Upon approval by their respective committees, the bills must be passed by the House and Senate and then be signed by the governor.

Farm Bureau members with questions or concerns about the proposed maps are encouraged to contact their legislators or the House and Senate redistricting committees.

The Grandest Show in Grand Island

Hereford youth get up close look at cattle feeding industry