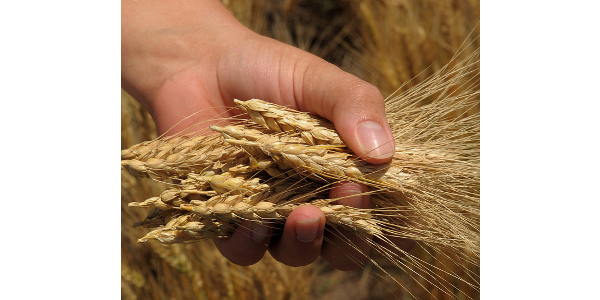 The North American Millers’ Association (NAMA) has announced that D. Ford Mennel, president of the Mennel Milling Company (Fostoria, Ohio), was elected as the chairman of the NAMA Board of Directors for the 2020-2022 term, succeeding Robert Harper of Hopkinsville Milling Company (Hopkinsville, Ky.). (Courtesy of K-State Research and Extension)

ARLINGTON, Va. — The North American Millers’ Association (NAMA) has announced that D. Ford Mennel, president of the Mennel Milling Company (Fostoria, Ohio), was elected as the chairman of the NAMA Board of Directors for the 2020-2022 term, succeeding Robert Harper of Hopkinsville Milling Company (Hopkinsville, Ky.).

“We are thankful for the decades of service Robert Harper has given the industry. As chairman, he drove NAMA forward as an organization while maintaining our strength representing a diverse membership,” said Jane DeMarchi, NAMA president.

Ford Mennel is president of The Mennel Milling Company in Fostoria, Ohio. He is the fifth-generation member of the Mennel family to lead the business. The company produces wheat flour, baking mixes, popcorn and other food ingredients, and operates seven flour mills, two bakery mix manufacturing facilities, a popcorn plant, and logistics and distribution companies in Ohio, Illinois, Indiana, Michigan, North Carolina and Virginia. Mennel holds a bachelor’s degree from Mercyhurst University (Erie, Pa.) and an MBA from Averett University (Danville, Va.).

He previously served as vice-chairman of NAMA and is active in SNAC International, American Bakers Association, and Baking Industry Alliance. Mennel also sits on the board of directors of Sutton Bank, is currently the chairman of the Fostoria Economic Development Corporation and serves on the board of trustees of Tiffin University (Tiffin, Ohio).

“NAMA has been very fortunate to have Robert Harper as our chairman for the last two years. Robert has given selflessly to the affairs of the association, helping us all to make our industry stronger and more vibrant,” said Mennel.

“It has been an honor and a pleasure to serve the North American Millers’ Association as chairman. We are fortunate to have so many active members who give generously of their time and resources to further the interests of the industry. The association will be well served by the new chairman and board,” said Harper.

Charles B. “Chip” Knappen III joined Knappen Milling Company as a full-time employee in 1972. In 1979, Chip was named president and chief operating officer, and several years later became president & CEO. Chip served for three years as chair of the soft wheat committee through the transition from Millers National Federation (MNF) to NAMA, and served on the boards of both MNF and NAMA. He also served as president of the Michigan Millers Association (MMA), the oldest milling association in the U.S. In 2018, the fourth generation of the Knappen family took over leadership of the company.

In 1960, Luke Marano purchased his family’s Philadelphia Macaroni Company (PMC). Luke’s ability to innovate contributed to new opportunities and growth. In 2014, PMC celebrated 100 years as a family-owned business. At 73, Luke started Minot Milling Co. He continued to work until his 93rd birthday and passed away on April 21, 2020. Luke served as the chairman of the National Pasta Association (NPA) and was instrumental in the creation of the International Pasta Organization. In 1992, he was awarded National Pasta Association “Pasta Man of the Year.”

Earlier this year, Bruce Roskens retired as the director of crop sciences for Grain Millers, Inc. Bruce joined Grain Millers in 2012, after over 36 years with the Quaker Oats Company/PepsiCo/Frito Lay organization. Bruce has been an active member of NAMA’s corn and oat divisions and served on the NAMA Executive Committee, the NAMA Technical Committee and chaired the annual NAMA Corn Dry Milling Conference. A native of northwest Iowa, Bruce grew up on a family farm and graduated from South Dakota State University (Brookings, SD). During his career, Bruce traveled extensively in the U.S., Canada, and over 25 other countries and collaborated with plant breeders, ag educators, farmers, and many grain handling and grain milling firms on the improvement of crops and grain quality. In 2012, he was honored by the plant breeding industry by having an oat variety named for him called AAC Roskens.

For more articles on the milling industry, click here.

A better way to spray

Feeding Kentucky applauds introduction of the Hunger-Free Summer for Kids Act of 2021
June 20, 2021

KADB approves more than $4.7 million for projects across the commonwealth
June 20, 2021