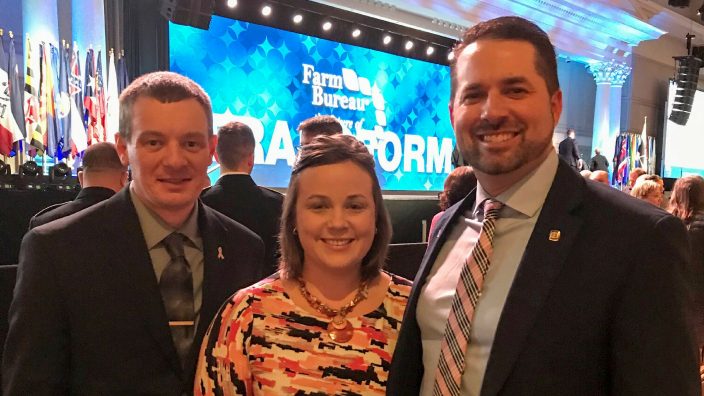 NASHVILLE, Tenn. — Ohio Farm Bureau is proud of Crawford County Farm Bureau members Greg and Rose Hartschuh, winners of the 2018 American Farm Bureau’s Excellence in Agriculture competition, announced Monday in Nashville. The couple competed with young farmers and ranchers from around the country for the award.

The Hartschuhs will receive a new Ford truck, courtesy of Country Financial, and will also receive paid registration to the AFBF YF&R Leadership Conference in Reno, Nev., Feb. 16-19.

The Excellence in Agriculture Award recognizes young farmers and ranchers who do not derive the majority of their income from an agricultural operation, but who actively contribute and grow through their involvement in agriculture, their leadership ability and participation in Farm Bureau and other organizations.

In 2017 the Hartschuhs organized a caravan of aid for farmers and ranchers devastated by the wildfires in Kansas in March. They traveled with other Ohio farmers to help those in need and stayed in Kansas for several days.