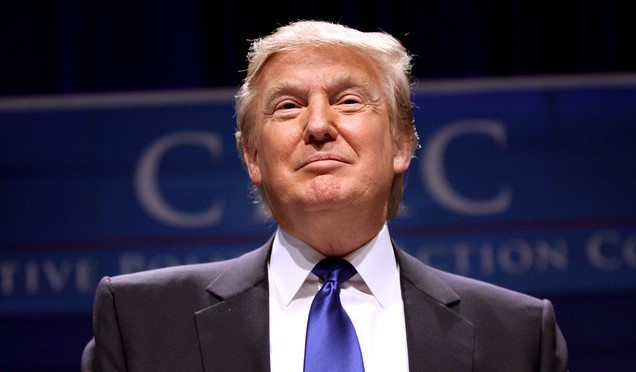 A recent poll found a sizable majority of Ohio voters believe President Trump should do more to support farmers with overall survey responses underscoring Ohio voters’ strong support for the Renewable Fuels Standard and the use of renewable fuels. (Gage Skidmore, Flickr/Creative Commons)

COLUMBUS, Ohio — A recent poll found a sizable majority of Ohio voters believe President Trump should do more to support farmers with overall survey responses underscoring Ohio voters’ strong support for the Renewable Fuels Standard and the use of renewable fuels.

In less than three years, the Trump Administration has given out 85 waivers to small refineries — a stark contrast from the total of 10 waivers granted over the course of the eight years prior. These 85 exemptions totaled 4 billion gallons of biofuels not blended in petroleum, which has significantly hurt Ohio farmers.

Since the spring of 2018, at least 19 ethanol plants have idled production or closed– including a plant in Coshocton, Ohio. That’s troubling for the President in Ohio because topping the list of Ohio-voters concerns in the poll was jobs. Together, the closed or idled ethanol plants resulted in the layoff of 700 workers in the ethanol industry.

“My family and I sold all of my corn to the Coshocton ethanol plant for years,” said Kyle Croft, an Ohio corn farmer. “It was a reliable market for corn close to the farm — but this ethanol facility is now idling due in part to the U.S. EPA’s mismanagement of the Renewable Fuel Standard and giving an unprecedented number of refinery exemptions.”

EPA’s recently proposed plan for the 2020 Renewable Volume Obligation (RVO) has failed to provide confidence among Ohio voters that the President will uphold his repeated promise to support farmers. The proposed rule deviates from how the Renewable Fuel Standard has traditionally been enforced by proposing to base its estimates of exempted gas and diesel for 2020 on the historical recommendations for exempted volumes it receives by the Department of Energy, rather than actual exemptions it granted.

“We want the EPA to follow the law. Based on all of the refinery exemptions and the draft rule, we do not believe that the EPA is serious about meeting the statutory 15 billion gallons by 2020. This proposal fails to reflect the letter and spirit of the president’s commitment to restore integrity to the RFS, and fails the Ohio farmer,” said Tadd Nicholson, executive director of the Ohio Corn and Wheat Growers Association.

“Ohio voters are more concerned about the economy and security than anything else, so it is no surprise that they are firmly in support of the Renewable Fuels Standards, the use of ethanol, and the need to do more to support the American farmer,” continued Nicholson.

Beyond the economic role of the renewable fuels industry in Ohio, the poll results revealed Ohio voters’ support for the Renewable Fuel Standard can largely be attributed to their appreciation of ethanol’s environmental benefits as a greener alternative to traditional fuel sources like oil or gasoline.

“The Renewable Fuel Standard was originally adopted to help reduce our country’s dependence on foreign oil and for ethanol’s environmental benefits. Ethanol is a home-grown energy source that reduces emissions and lowers the cost to consumers at the pump. A win-win,” said Dennis Vennekotter, board president of Ohio Corn Checkoff Program and an Ohio farmer.