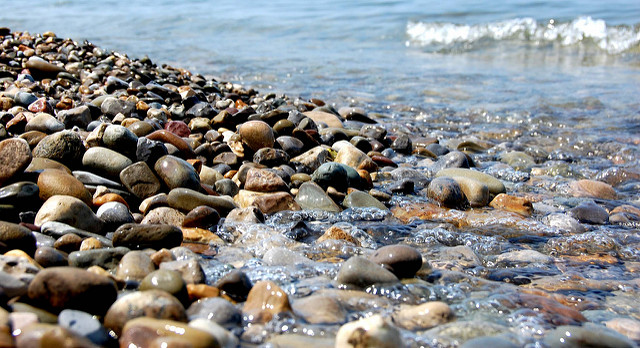 Ohio EPA announced on February 13, 2020, that it would develop TMDLs for the Western Lake Erie Basin “over the next two to three years.” This decision will ultimately affect farmers in the watershed, as it is likely that the Ohio EPA would create TMDLs for phosphorus, nitrogen, and other fertilizers in the Western Basin. (Portia_Ann721, Flickr/Creative Commons)

COLUMBUS, Ohio — For the last several years, the state of Ohio and the U.S. EPA have been plagued with objections and lawsuits — from states, local governments, and environmental groups — concerning Ohio’s list of impaired waters and development of total maximum daily loads (TMDLs) for the Western Basin of Lake Erie.

Under the Clean Water Act (CWA), states are required to submit a list of impaired, or polluted, waters every two years. Typically, designating a water body as impaired triggers a review of pollution sources, determinations of TMDLs for different pollutants, and an action plan for meeting those TMDLs.  Ohio repeatedly failed to include the Western Basin in its list of impaired waters, even though the area has been subject to pollution-caused algal blooms in recent years.  When the state finally listed the Western Basin waters as impaired in 2018, it still did not develop the accompanying TMDL for the area. However, Ohio’s TMDL drought ended last week.

Ohio EPA announced on February 13, 2020, that it would develop TMDLs for the Western Basin “over the next two to three years.” This decision will ultimately affect farmers in the watershed, as it is likely that the Ohio EPA would create TMDLs for phosphorus, nitrogen, and other fertilizers in the Western Basin. Consequently, farmers may have to reduce the amounts they put on their fields, and/or implement additional measures to keep such inputs from running off into the water.

So, Ohio listed the Western Basin as impaired and is working on TMDLs for the area — the controversy is over, right?  Not so fast.  Lucas County, Ohio and the Environmental Law & Policy Center filed a lawsuit against the U.S. EPA that is still ongoing.  (We last discussed this lawsuit here.) Basically, the plaintiffs in the suit are arguing that the U.S. EPA violated the CWA when it allowed the Ohio EPA to designate the Western Basin as impaired in 2018, but did not make the state develop TMDLs.  Even though Ohio has since promised to implement TMDLs for the area, the outcome of the case will still weigh in on the crucial question of whether the U.S. EPA can make states create TMDLs for impaired waters under the CWA.

In addition, the U.S. District Court case applies to Ohio’s 2018 impaired waters list, whereas Ohio EPA’s recent announcement concerns the 2020 list. Finally, it’s doubtful that environmental groups and others will stop their efforts just because Ohio has now promised to create TMDLs — it’s almost a certainty that the debate over pollution in the Western Basin and the best ways to remedy the problem will persist.