Home / Ohio / Ohio State experts on new coronavirus
A new user experience is coming! We'll be asking you to login to your Morning Ag Clips account March 1st to access these new features.
We can't wait to share them with you! Read more here. 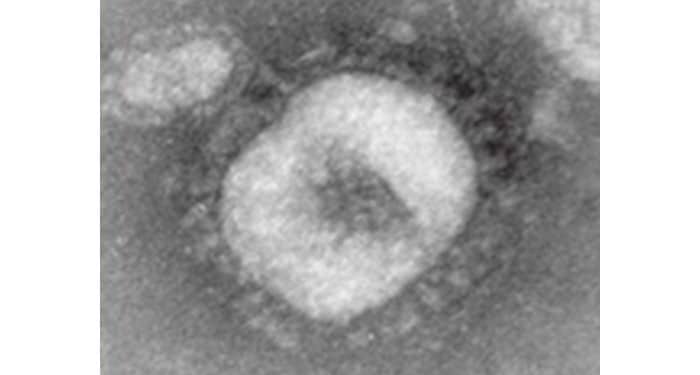 WOOSTER, Ohio — Scientists with The Ohio State University College of Food, Agricultural, and Environmental Sciences (CFAES) and the College of Veterinary Medicine (CVM) can offer insight into the new coronavirus that is being blamed for at least 26 deaths and more than 830 confirmed illnesses internationally since December 2019, with at least two cases of coronavirus reported this week in the United States—in Washington state and Chicago. And at least an additional 50 people in the United States are under observation in 22 states, according to the Centers for Disease Control and Prevention (CDC).

Thus far, the United States, South Korea, Japan, Nepal, Thailand, Taiwan, Singapore, Vietnam and China all have confirmed cases of coronavirus, which was first reported in December in the city of Wuhan in the Hubei province, China. The virus, which can cause pneumonia, is confirmed to have come from wild animals sold at a market in Wuhan, the WHO said.

“The nCoV-2019 virus, although distinct from the SARS coronavirus, appears to be related to the SARS-CoV, similar to a cousin, based on genetic sequence data and it appears to share the same host cell receptor as SARS coronavirus” said Linda Saif, a member of the National Academy of Sciences and a Distinguished University Professor at Ohio State, where she is a faculty member in the Food Animal Health Research Program (FAHRP), a CFAES unit that is affiliated with the CVM.

Saif is known nationally and internationally for her work on enteric viruses, including coronaviruses, which affect food-producing animals, wildlife, and humans. Saif is also a member of Ohio State’s Infectious Diseases Institute (IDI), where she is a co-director for the Viruses and Emerging Pathogens Program. Saif can be reached for comment at 330-263-3742 or saif.2@osu.edu.

Saif has spent her career working on coronaviruses, focusing primarily on swine, cattle, and wildlife species—the coronavirus pathogen can be deadly, especially in young pigs and calves—and how the virus is transmitted between animal species and between animals and people, the latter of which is known as zoonotic interspecies transmission.

Saif’s lab was the first to document the interspecies transmission of coronaviruses from wild ruminants to cattle and from cattle to poultry. In cattle, Saif’s lab documented that respiratory coronavirus infections frequently occur in animals shortly after periods of stress such as arrival to feedlots following long-distance shipping, and the lab identified them as a component of the shipping fever complex.

Her research on ruminant coronaviruses and their interspecies transmission is particularly relevant to the documented zoonotic transmission of MERS from camels to humans in the Middle East. She previously traveled to Saudi Arabia to serve as an advisor to the Ministry of Agriculture to investigate this animal link to MERS. Since 2003, her lab has served as a WHO reference lab for animal coronaviruses.

“WHO and CDC are monitoring the emerging nCoV-2019 situation closely, and CDC is putting out alerts as needed to state public health facilities and agencies,” Saif said. “At this point, people in the United States have no real need to worry, considering that the U.S. has very good plans in place for biosecurity and public health measures.

“Still, anyone who has recently traveled internationally, especially to China, and is suffering from an acute, serious respiratory illness with fever, cough, and shortness of breath should see CDC’s guidelines for preventing spread of nCoV-2019 infections and contact a health professional.”

Saif said there is evidence that many of the people who have contracted nCoV-2019 didn’t have direct contact with animal markets, which suggests that person-to-person transmission of the virus is occurring.

“This is further documented by the infection of medical staff caring for the patients,” she said. “A major concern is whether, like for SARS cases, there are ‘superspreaders’ for nCoV-2019, individuals who can infect multiple other people in cluster cases, leading to more rapid spread of the disease.

“So in cases where people are confirmed to have contracted coronavirus, such as the Washington state man, health professionals at CDC are taking the precaution to trace all contacts that person has had, including the people that were on the plane, by monitoring them for the incubation period to ensure they don’t come down with symptoms or spread the virus.”

That could be as long as 14 days, although there will likely be more data coming out as to what the incubation period is, Saif said. Symptoms include fever, coughing and shortness of breath, which can progress to pneumonia.

In addition to Saif, the following Ohio State virologists are all FAHRP and IDI members who work with and can comment on coronaviruses:

Is this the final word on WOTUS?

US shoppers find some groceries scarce due to virus, weather
January 11, 2022