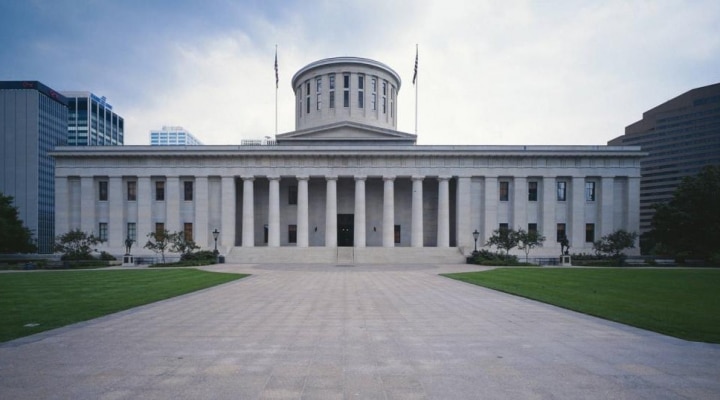 Following a flurry of activity before its break, the Ohio General Assembly can now enjoy a few lazy days of summer. While the legislature spent much of its energy passing the state budget, it also moved several bills affecting agriculture.

COLUMBUS, Ohio — Following a flurry of activity before its break, the Ohio General Assembly can now enjoy a few lazy days of summer. While the legislature spent much of its energy passing the state budget, it also moved several bills affecting agriculture.  Here’s the latest update on legislation that’s moving down at the capitol.

Solar and wind facilities.  We wrote earlier about S.B. 52, the wind and solar facility siting bill the legislature passed in late June.  Despite pressure to veto the bill, Governor DeWine signed the legislation on July 12; its effective date is October 9, 2021.  The new law requires developers to hold a public meeting in a community at least 90 days prior to applying for project approval, allows counties to designate restricted areas where wind and solar projects may not locate, sets up a referendum process for county residents to have a voice in restricted area designations, adds two community officials to the project review process at the Power Siting Board, and establishes rules for decommissioning of projects, including performance bonds.

Natural gas services.  While communities will have a say in siting wind and solar facilities after S.B. 52’s passage, the opposite will be true for natural gas services.  H.B. 201 guarantees that persons have a right to obtain natural gas and propane services, subject to municipal home rule authority and regulatory oversight.  The bill prohibits political subdivisions from limiting or preventing gas and propane services within its boundaries.  Governor DeWine signed the bill on July 1 and it becomes effective on September 28, 2021.

State budget.  It took a good while, but the governor signed the state budget bill, H.B. 110, on June 30 and it took effect on July 1.  Highlights of agricultural provisions in the bill include:

Bills on the move

Beginning farmers.  H.B. 95 finally passed the House on June 28, 2021—it was introduced in February and lagged in the last legislative session.  The proposal allows individuals to be certified as beginning farmers either through USDA or a certification program by ODA, Ohio State or Central State.  Certification criteria includes: farming in Ohio less than 10 years, having a net worth of less than $800,000, providing a majority of labor and management for the farm, demonstrating adequate knowledge of farming, submitting projected earning and profits, demonstrating that farming will be a significant source of income, and participation in an approved financial management program.  The bill would establish two income tax credits, one for owners who sell land and agricultural assets to certified beginning farmers and another for beginning farmers that attend a financial management program.  The bill now requires Senate approval.

Slow-moving vehicles.  H.B. 30 had its first hearing before the Senate Transportation committee on June 23.  The proposal passed the House in April.  The bill aims to increase visibility of animal-drawn vehicles by changing marking and lighting requirements.  The vehicles would have to display either an SMV emblem or reflective micro prism tape rather than reflective tape on the rear, a flashing yellow lamp at the top and rear, in addition to current lighting requirements.

Earning statements.  A bill passed by the House on June 16 has been referred to the Senate Small Business and Economic Opportunity Committee.  H.B. 187 would require all employers to provide employee with a written or electronic statement of the employee’s earnings and deductions for each pay period, to include total hours worked and hourly rate, total gross wages, amounts and purposes of addition or deductions from wages, and total net wages.  The bill also establishes a request and violation reporting system for employers who fail to provide the statements.

Moratorium on animal feeding facilities.  A bill introduced by two representatives from northwestern Ohio would affect new and expanding animal feeding facilities in the Maumee watershed.  H.B. 349 would not allow the Ohio Department of Agriculture to approve a permit for a new construction or expansion of a “regulated animal feeding facility” if it is in the Maumee watershed and the director of ODA has determined that the spring load of total phosphorus for the Maumee River exceeded 860 metric tons and total dissolved reactive phosphorus exceeded 186 metric tons in the preceding calendar year. Regulated animal feeding facilities are those housing over 250 dairy cattle; 300 beef cattle; 3,000 piglets; 750 hogs; 25,000 egg layers; 37,500 meat chickens; 9,000 egg layers and meat chickens if on liquid manure handling system; 16,500 turkeys; 3,000 sheep and 150 horses.  H.B. 349 was referred to the House Agriculture and Conservation committee on June 16, 2021.