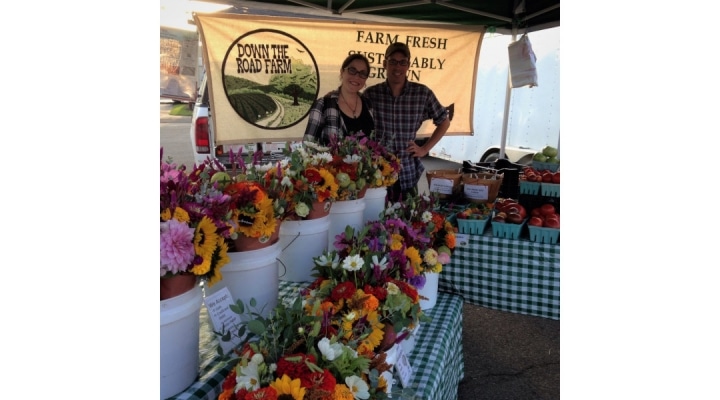 Late last week, farmers and ranchers from across the country delivered a letter to the House Select Committee on the Climate Crisis, urging Congress to support and invest in farming and rural communities to address the climate crisis. The letter stresses the fundamental threat that the climate crisis poses to the viability of agriculture and the livelihoods of farmers and ranchers, such as Down the Road Farm in Perry County, which lost a barn earlier this summer to severe weather. (Courtesy Photo)

COLUMBUS, Ohio — Late last week, the Ohio Ecological Food and Farm Association (OEFFA), the National Sustainable Agriculture Coalition (NSAC), and farmers and ranchers from across the country delivered a letter to the House Select Committee on the Climate Crisis, urging Congress to support and invest in farming and rural communities to address the climate crisis.

More than 2,100 independent farmers and ranchers in all 50 states — including more than 150 OEFFA farmers — signed the letter, representing farm families producing fruits and vegetables, dairy, livestock, grain, and more. The letter stresses the fundamental threat that the climate crisis poses to the viability of agriculture and the livelihoods of farmers and ranchers.

“For a full month earlier this summer, it only rained twice on the farm, while temperatures hovered daily in the mid-90s. The first rain event brought hail, and the second flattened crops and knocked down trees on our property. Both severe storms were short, torrential downpours accompanied by powerful wind gusts. Two local farmers we know lost their barns,” said Lauren Ketcham of Down the Road Farm in Perry County. “We can expect more of this damaging, extreme weather if we don’t act aggressively to combat climate change.”

Some farmers who signed the letter spoke with members of the Select Committee to share their perspectives on how climate change has impacted their operations and livelihoods. Farmers highlighted how Congress can increase support for them to implement climate stewardship practices and build resilience to climate stresses.

“We need to get to work now to support farmers in developing resilient food and farming systems. The letter delivered today is a clear call to our leaders: act now on the climate crisis before it is too late and embrace the solutions farmers have to offer. Our farmers have been taking action to protect soil health and water quality and are ready to do more. That includes producing renewable energy, storing carbon in our soils, and enhancing biodiversity,” said OEFFA Policy Director Amalie Lipstreu.

According to OEFFA and NSAC, any climate legislation package will be incomplete if it doesn’t recognize and include farmers and ranchers as vital partners in our efforts to combat climate change.

“Farmers and ranchers work at the frontlines of the climate crisis, where they face extreme weather and shifting pressures from pests and disease driven by a changing climate,” said Eric Deeble, NSAC Policy Director. “They are committed to being a part of the solution to the climate crisis, and this letter outlines how Congress can ensure that they have the tools and resources to be active leaders in climate change adaptation and mitigation and the true stewards of the land. Many of these solutions were included in the Select Committee’s report, which establishes an ambitious and achievable roadmap for legislators to develop climate legislation.”

As Congress considers comprehensive climate legislation in the future, OEFFA asks Ohio legislators to include agricultural policy that places farmers and ranchers at the center and supports them directly in their efforts to mitigate and adapt to climate change. Both the Select Committee’s report and the Agriculture Resilience Act (ARA), introduced by Representative Chellie Pingree (D-ME), showcase farmer-focused climate policy solutions that should be included in any future comprehensive climate bill.

NMPF: Food-chain return to "normal" is slow, but it will happen