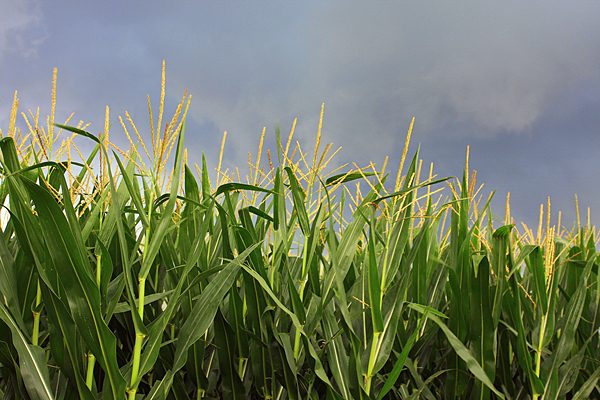 Ohio now has over one-third of the state in moderate drought conditions, with northern Ohio the driest. August forecasts offer a bit of optimism, at least for southern Ohio. Above-average rainfall is expected in the south but not the north, said Aaron Wilson, climate specialist with The Ohio State University College of Food, Agricultural, and Environmental Sciences (CFAES).

COLUMBUS, Ohio — Shifting from a wet spring to a very dry summer, Ohio now has over one-third of the state in moderate drought conditions, with northern Ohio the driest.

August forecasts offer a bit of optimism, at least for southern Ohio. Above-average rainfall is expected in the south but not the north, said Aaron Wilson, climate specialist with The Ohio State University College of Food, Agricultural, and Environmental Sciences (CFAES).

“I think there are some farmers who are worried,” Wilson said. “But no one is panicking.”

Across Ohio, moderate drought conditions cover 37% of the state, and nearly 85% of the state is at least abnormally dry, Wilson said, citing the July 30 update from the U.S. Drought Monitor.

Moderate drought is the lowest level of drought conditions. Abnormally dry means an area is moving in the direction of drought but not quite there, as designated by the U.S. Drought Monitor.

The dry spell has hampered plant growth in some cornfields, yet it’s too early to tell if that will bring down yields.

During this year’s wet spring, some farmers planted in soggy soils. As a result, the plants developed shallow roots, and heavy equipment riding over that wet soil led to the soil particles being pressed together, a process called compaction. That prevents the easy flow of water and nutrients into the plants.

Now, during the dry months, shallow roots can’t reach down to the layers of soil that still have some moisture and nutrients, said Harold Watters, an agronomy field specialist with CFAES.

“I’ve walked so many fields with farmers who have said, ‘We’re so dry.’ I tell them, ‘You got a shovel? Go get it and dig.’ And when they dig, about 2 to 3 inches down, they find moisture. But their corn plants are looking stressed.”

That’s because the corn was planted when the ground was too wet and then became compacted, Watters said.

Corn is at higher risk of distress than soybeans right now because it is in the critical pollination period. During that period, a corn plant requires an average of a quarter-inch of moisture daily, Watters said. Without it, the plant’s yields can decline.

“Things are erratic. That’s the term I keep hearing this season: ‘erratic,’” Watters said. “Corn plants could be short in a field, then you move 100 feet, and the corn is doing really well.”

The reason for those differences—even within the very same field—has a lot do with changes in the type of soil in an area, Watters said. Some soils are more susceptible to compaction than others.

Fewer problems have been reported in soybean fields. Compared to corn, soybeans are more resilient to short periods of stress, such as low rain levels, said Alex Lindsey, an ecophysiologist and assistant professor at CFAES.

And even with the challenges that corn farmers have faced, overall, there’s still a chance of good yields from both corn and soybeans, Lindsey said.

“Corn yields might be down a little bit this year compared to the past few years, but I believe it will be better than in 2012,” he said, referring to the last drought in Ohio.

Weather shifts from intense moisture to intense dry are likely to become more common, Wilson said. So, farmers might want to guard against those shifts by using measures to store and direct that rain when it does fall, he said.

“We’ve had several short periods of drought in recent years, and we’ll continue to have these periods.”

Ohioans send in those unsolicited seeds