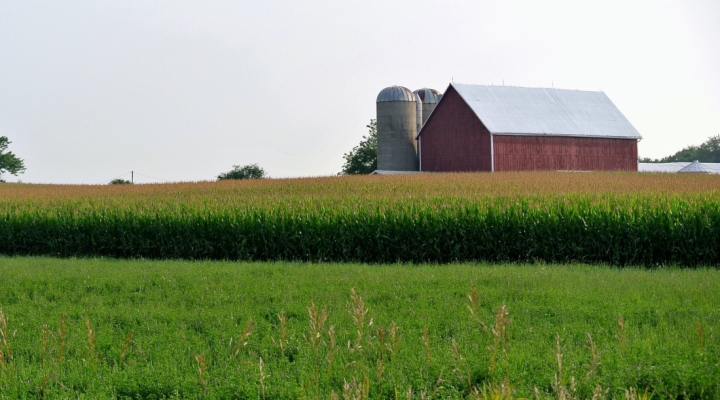 Average farm incomes in Ohio are likely to increase compared to last year, according to an agricultural economist with The Ohio State University. That’s primarily because of higher government payments made to farmers nationwide in 2019. (RichardBH, Flickr/Creative Commons)

COLUMBUS, Ohio — Even during a growing season when 1.5 million fewer acres of soybeans and corn were planted in Ohio, average farm incomes in the state are likely to increase compared to last year, according to an agricultural economist with The Ohio State University.

That’s primarily because of higher government payments made to farmers nationwide in 2019, said Ani Katchova, an associate professor and chair of the farm income enhancement program at the College of Food, Agricultural, and Environmental Sciences (CFAES).

Across the country, government funds paid to farmers through the Market Facilitation Program (MFP) more than doubled this year to $10.7 billion. That money is intended to help compensate farmers for a decline in demand for crops and livestock sold abroad because of recent hikes in international tariffs on those goods.

“That’s a significant portion,” said Katchova, who will address Ohio and national farm income trends and forecasts at the Nov. 12 Agricultural Policy and Outlook Conference at Ohio State’s Columbus campus. She is one of several faculty who will speak at the event sponsored by CFAES.

“Overall, farmers expect to have lower yields this year, particularly in Ohio, because of the amount of rainfall in the spring, which prevented or delayed planting. But it seems like their incomes, on average, are going to be fine,” she said.

Record levels of rain this past spring kept many Ohio farmers from planting, and some were never able to plant a cash crop in time. Even for those who could plant, the late start to the planting season stunted growth in many corn and soybean fields across Ohio. Yields for both crops are expected to be the state’s smallest since 2008, according to U.S. Department of Agriculture projections.

The USDA has forecast that national net farm income will be up by 4.8% this year. Net farm income is a broader measure of income that includes depreciation and changes in inventories.

“We can be cautiously optimistic right now,” she said. “Farm incomes have stabilized. If anything, they’re slightly improving,” she said. “But while net farm incomes in Ohio are expected to increase, many farms, particularly highly indebted farms, are still struggling.”

In 2013, Ohio farm incomes reached a historic peak, then experienced a steep decline for three years until they began to recover in 2017.

For more information about the Nov. 12 Agricultural Policy and Outlook Conference and to register, visit go.osu.edu/outlookconference