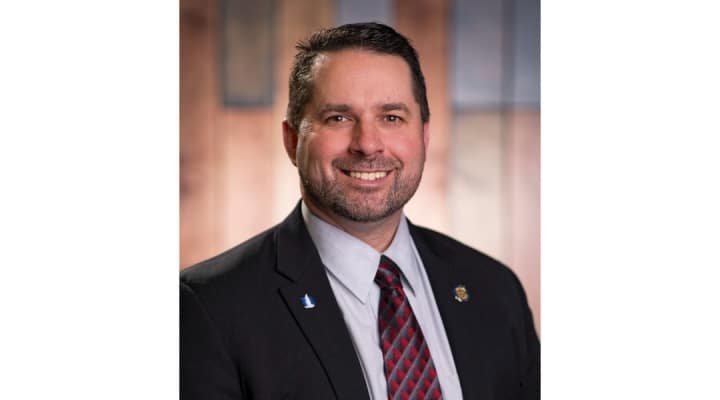 President is the highest elected office in the state’s largest and most inclusive farm and food organization. Burkett has been on the state board since 2007 as District 9 trustee representing members from Columbiana, Mahoning, Portage and Stark counties. He spent two years as the Ohio Farm Bureau’s first vice president and previously served as treasurer.

During his speech to open this year’s meeting, Burkett recapped the challenges agriculture faced in 2020 amid a global pandemic and emphasized how the work of farmers never wavered as they produced food, fuel and fiber for their communities, the country and the world throughout a difficult year.

He is a long-time member of Stark County Farm Bureau where he was a trustee, policy development chairman and farm tour chairman. He is a past board member for Ohio Dairy Producers Association and is a member of Rivertree Christian Church. He has a bachelor’s degree in agriculture from Ohio State University with a major in agricultural systems management and a minor in agricultural economics.

Burkett, in partnership with three uncles, co-owns and manages Clardale Farms, Inc., a dairy and crop farm. He also co-owns Hills Supply in Canal Fulton, servicing over 850 customers in the dairy industry.

Patterson joined OFBF’s board of trustees in 2011. He will continue as the District 4 trustee representing Ashtabula, Geauga, Lake and Trumbull counties.

Patterson farms with his family, raising apples, strawberries and peaches. They also have a farm market and a wholesale cider operation.

A 26-year member of the Geauga County Farm Bureau, he served as its president and vice president. He is a member of the Ohio Produce Growers and Marketers Association. Patterson received his bachelor’s degree in agricultural economics from Ohio State University. He also is a graduate of Ohio’s Leadership Education and Development Program – Class VII.

Prettyman was elected to the board of trustees in 2012 and represents members in District 7 that encompasses Crawford, Marion, Morrow and Richland counties.

Prettyman farms with his family, raising corn, soybeans and beef cattle. He also is a sales specialist with Purina Animal Nutrition. A 25-year member of Marion County Farm Bureau, Prettyman has served as its president and has been active with local and state Pork Producers Councils and Ohio Cattlemen’s Association.

He has a bachelor’s degree in animal sciences from Ohio State University. He and his wife, Julie, have a daughter and son. They attend Trinity Evangelical UMC in Upper Sandusky.