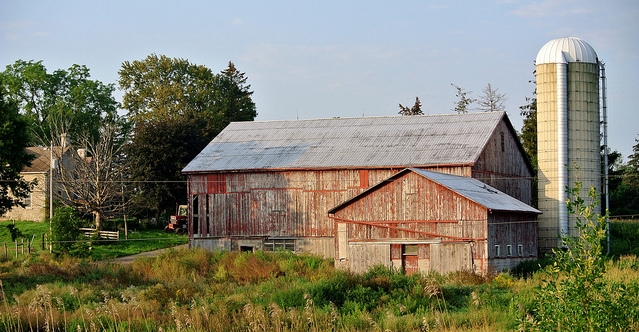 The Ohio Ecological Food and Farm Association (OEFFA) has published an analysis, “Ohio Agriculture: The Changing Contours of Farming,” which illustrates important trends and opportunities for growth and investment in Ohio agriculture. (RichardBH, Flickr/Creative Commons)

“The new NASS data reveals ongoing challenges, like an aging farmer population and consolidation in agriculture, but also very positive growth in the number of beginning and organic farmers, as well as an increase in farmland for the first time in decades,” said Amalie Lipstreu, policy director for OEFFA. “These trends provide data needed for Ohio policymakers to make real investments to grow the agricultural economy in the state and create jobs that contribute to community economic, environmental, and social health.”

The USDA NASS census was sent to millions of farmers and sought information from any farm operation generating $1,000 or more of agricultural products.

Other notable findings from the survey include:

“The growth in interest in organics, which is a voluntary, market-based certification program that requires a comprehensive annual farm plan, inspections, and oversight, should send a signal that organic agriculture is a viable option for improving water quality in Ohio,” said Lipstreu. “As the Governor and the Ohio Legislature contemplate ways to incentivize good management practices, certified organic production systems—which help to build soil structure and reduce runoff—need to be prioritized.”

Other areas ripe for investment, according to Lipstreu, include local and regional food systems. The value of food sold directly to U.S. consumers almost doubled since the last census. “Investments in meat processing, as well as fruit and vegetable processing and distribution infrastructure can result in a huge return on investment,” she concluded.

To access the complete report and analysis, visit https://action.oeffa.com/ohio/.