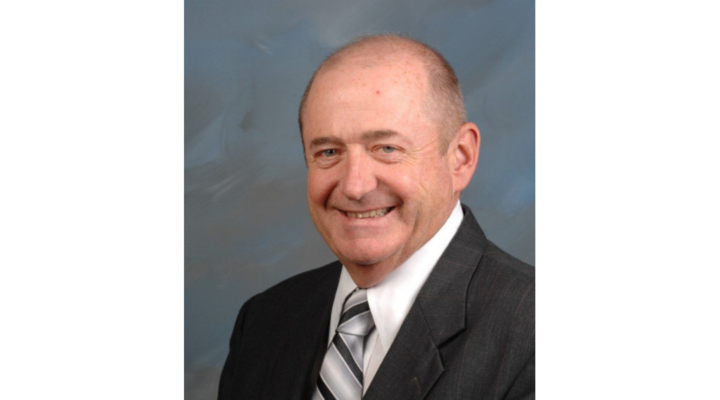 Rob Joslin, Sidney, is one of the four latest leaders to be inducted into the Ohio Agricultural Hall of Fame this August. The others are: Bryan Black of Canal Winchester, Charles A. “Al” Holdren of Ashland and Lewis R. Jones of Grove City. (Courtesy Photo)

The Ohio Agricultural Council (OAC) will induct Bryan Black of Canal Winchester, Charles A. “Al” Holdren of Ashland, Lewis R. Jones of Grove City and Robinson “Rob” W. Joslin of Sidney, into the Ohio Agricultural Hall of Fame during a special breakfast ceremony held in Kasich Hall at the Ohio State Fair. The 54th annual event will attract more than 600 guests to honor these four professionals for their lifetime of service and dedication to Ohio’s agriculture community.

“This is a very special class of inductees, and I am so pleased to recognize their expansive contributions to Ohio agriculture,” said Hinda Mitchell, OAC President. “With representation from state agencies to agribusiness to those who spent their lives working a farm, our 2019 inductees have given of their time, talent and leadership to advance the interests of Ohio agriculture and to serve our farm community with distinction.”

The following four inductees will join 229 prior recipients named since 1966 when the program was incepted.

A true advocate for Ohio agriculture, Bryan Black has spent decades investing in the future of the industry, on the county, state and national levels. Starting in 1980, Black partnered with his father, Ned, and brother, Barry to manage Ned Black & Sons LLC – a 600-acre grain and livestock farm – and serving as its owner since 2008. In addition, Black has worked for Kalmbach Swine Management for seven years, serving as the production supervisor to select maternal females for internal replacement and external sales.

From the early stages of his career, Black has served on numerous committees and boards for the good of the industry. As a National Pork Producers Council board member, Black was instrumental in guiding the industry through trade disputes, increasing pork consumption in school lunches and fostering relationships with allied industry members. Black served as a president of the NPPC and was also a National Pork Board committee member. In Ohio, Black is an Ohio Livestock Care Standards Board Member, developing swine standards for the board, and has served as a member and president of the Ohio Pork Council.

A pillar in the cooperative community, Charles A. “Al” Holdren has always had the ability to make “work” seem like “fun.” Holdren began his cooperative journey with management training at Fayette Landmark, before transitioning to the CEO at Ottawa Landmark. He seasoned many company changes and mergers, landing as the CEO of Town & Country Co-op. Holdren served as CEO for 26 years, retiring in 2017 after leading the merger of Western Reserve Farm Cooperative to form today’s Centerra Co-op.

In his cooperative career, Holdren committed his company to improving the industry. He established the annual Ladies Luncheon to recognize and honor the never-ending work of women on the farm and female employees of Town & Country Co-op. He also worked with CEOs from other cooperatives in Ohio to form Cooperatives for the Cure to raise cancer research funds though initiatives like Fueling the Cure and Growing the Cure. He also has a passion for student scholarships, working tirelessly to raise funds for students in Ohio and abroad.

Holdren was a member of the OSU LEAD II class and was recognized as its Distinguished Alumni in 2006. He has also been recognized by the Ohio AgriBusiness Association as the Golf for Scholarships Honoree for his scholarship efforts.

Lewis R. Jones is a constant fixture at the Ohio State Fair, having dedicated his life to the betterment of Ohio agriculture, with a special focus on the dairy sector and a passion for youth development. In his decorated career, Jones has served the Ohio Department of Agriculture in numerous positions, including Weights and Measures Division Chief, Dairy Division Chief and Deputy Director. Jones has also served the industry as executive secretary of the Ohio Milk Haulers Association and the American Guernsey Association.

In his capacity as Dairy Division Chief, Jones was tasked to establish new show-ring ethics for fairs across the state, utilizing his vast industry experience to implement protocols used at the World Dairy Expo. He also instituted the practice of collecting and testing milk samples at the Ohio State Fair to demonstrate federally-expected dairy inspecting and sanitation procedures.

Jones continues to give back to his alma matter, The Ohio State University, through scholarships. He is an alumnus of Alpha Gamma Sigma Fraternity. In 2011 was inducted into the Ohio Dairy Hall of Service, selected by the Department of Animal Sciences and in 2017, recognized as a Distinguished Alumni of the OSU College of Food, Agricultural, and Environmental Sciences. As an Ohio Agricultural Hall of Fame inductee, Jones follows in the footsteps of his father, Rueben, who received the honor in 1990.

Anyone who spent time with Robinson “Rob” W. Joslin enjoyed his enthusiasm and true dedication to agriculture, evident in everything he put forth. A full-time farmer for 40 years and true family man, Joslin worked nearly every day beside his wife, Ellen. Joslin was always an “early adopter” of new farm technologies, realizing the value of new practices and implementing them on his farm. For more than 25 years, Joslin’s operation was dedicated to conservation tillage and 100 percent no-till.

With farm roots well planted in Shelby County, Joslin gave much time to its betterment. He was an active member of the Shelby County Farm Bureau, served on the Shelby County OSU Extension advisory committee and was a 4-H adviser for 20 years. Joslin also served as a trustee on his local township zoning board for more than 20 years, to help plan housing developments and industrial parks that would provide the least interference with the local agricultural community.

For further information, to be an event sponsor in honor of the inductees, or to obtain tickets to the Agricultural Hall of Fame induction ceremony, contact the Ohio Agricultural Council at 614-794-8970 or via email at info@ohioagcouncil.org.