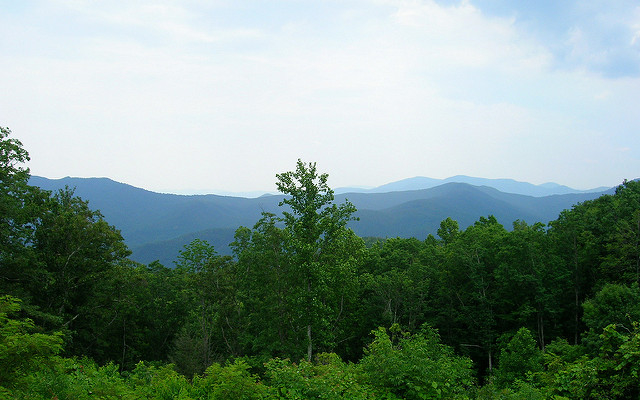 Organic Growers School is pleased to announce a screening of the award-winning documentary Look and See: A Portrait of Wendell Berry for the 5th annual Earth Day Film event on April 22, 2018 from 5:30 to 8:30 pm at Lenoir-Rhyne University’s Asheville Campus in downtown Asheville.

ASHEVILLE, N.C.–Organic Growers School is pleased to announce a screening of the award-winning documentary Look and See: A Portrait of Wendell Berry for the 5th annual Earth Day Film event on April 22, 2018 from 5:30 to 8:30 pm at Lenoir-Rhyne University’s Asheville Campus in downtown Asheville. The event is by donation at the door. There are no advanced sales or reservations required.

Look and See is a cinematic portrait of the changing landscapes and shifting values of rural America in the era of industrial agriculture, as seen through the mind’s eye of writer, farmer, and activist, Wendell Berry. Filmed in and around the rolling hills of Henry County, Kentucky – where Berry has lived and farmed since the mid-1960’s, filmmaker Laura Dunn skillfully weaves Berry’s poetic and prescient words with gorgeous cinematography and the testimonies of his family and neighbors, all of whom are being deeply affected by the industrial and economic changes to their agrarian way of life.

The beginning of the film describes the transformation of small-scale farming into an industrialized food system,  with just 4% of the population producing food for all. Berry states that “when the people disappear, the values disappear with them. With the transformation of farming into an industrial system, it has lost its appeal and connection to the land.”

In a 2016 interview with Laura Dunn in The Bluegrass Situation, Dunn asserts that “there’s a huge disconnect between urban and rural … You can buy all the organic food you want at Whole Foods, but if you have a total disregard for the culture where that food is made, there’s a degradation of the people, there’s a degradation of the land, and ultimately, your consumption is not going to have any effect, if the economics are such that people think they can’t farm.”

Often called “a prophet for rural America,” Berry has long been a voice for the communities that are so often overlooked by the media. LOOK AND SEE subverts biopic conventions and immerses audiences into Berry’s world, providing a space for talking about the land and those who sustain it.

Following the film, Organic Growers School will host a panel of our region’s leading organic farming and environmental activists to discuss the film’s relevance to Western North Carolina.  The panel will be emceed by local filmmaker and activist, Hannah Furgiuele. Follow the links to learn more about each of our panelists and the important work they are doing.