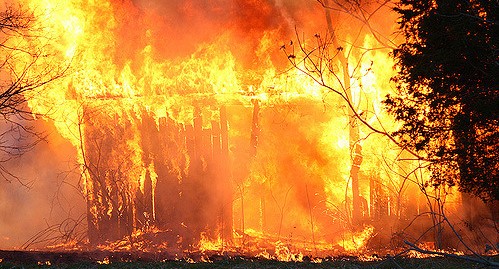 MILTON, Vt. (AP) — Fire officials in Vermont are investigating a fire that destroyed a barn.

Crews responded to Meadowbrook Acres Inc. in Milton around 11 p.m. Saturday. Milton Fire Department Assistant Chief Chris Poirier says a barn on the property had been engulfed completely by the fire.

Authorities say no people or livestock were injured in the fire.

Poirier says two tractors, an excavator and a skid-steer were destroyed in the blaze. A large amount of hay was also destroyed. Officials estimate the farm lost about $500,000 worth of property.

Poirier says the family that owns the farm lost a hunting cabin near Meadowbrook Acres in a fire last year.