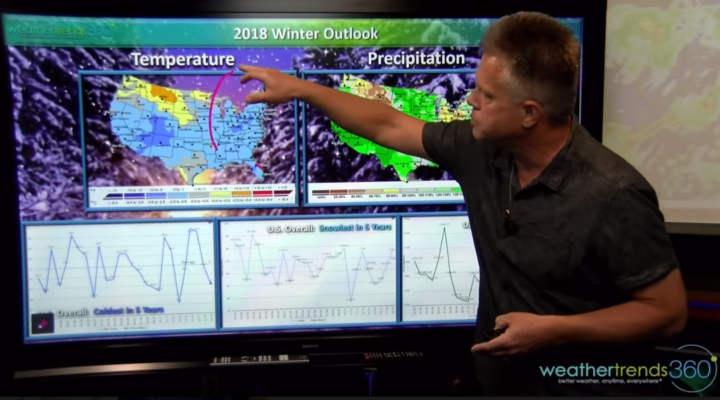 WASHINGTON — The corn harvest in the U.S. has passed the halfway point, yet several states remain behind their five-year average harvest completion rate, this includes Iowa, Kansas, Nebraska, North Dakota, Pennsylvania and South Dakota. Drier weather over the past several days has hopefully helped to move harvest along as there is a threat for very chilly and possibly snowy weather in some of these states in the two-week period.

This week we have been dealing with a severe weather outbreak across the South that, as of writing (Thursday at 9 a.m EDT) has produced wind damage from East Texas to Mississippi. The threat for severe weather continues Thursday, especially for Alabama, Georgia and the Florida Panhandle, all areas still recovering from the devastation caused by Hurricane Michael several weeks ago. This could throw a wrench into the plans for cotton harvesters in the South.

The same storm system bringing severe weather to the South is also bringing a flood threat across the Ohio Valley and eastern Great Lakes regions. Another round of heavy rain and thunderstorms is in the forecast for the South early next week with additional heavy rain for the East Coast.

Average temperatures over the next seven days will be near to slightly below normal across the Central U.S. and above normal on the East and West Coasts. Unfortunately, a wetter than normal pattern is expected over the next seven days which could hold down corn harvest progress, especially for the aforementioned states that are already behind their 5-year harvest average. In the 7-14 day period, a cold snap across the North may increase the threat of wintry weather. 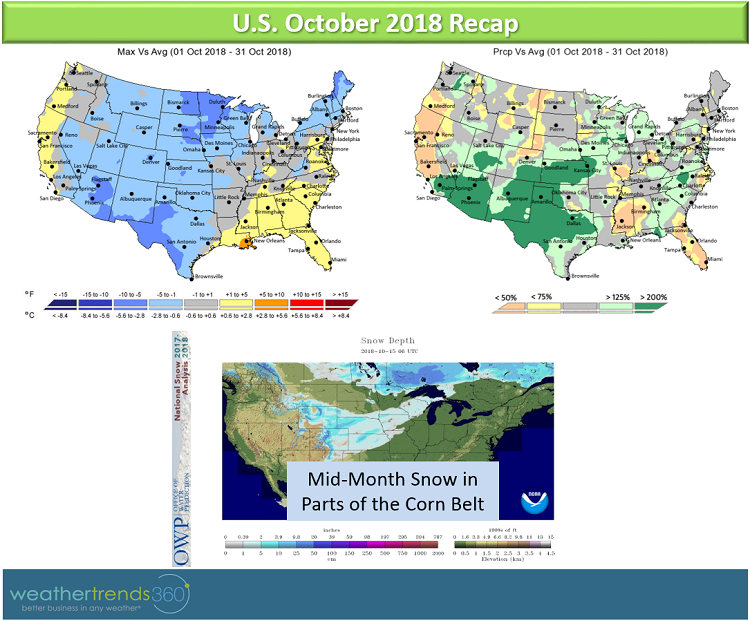 It was a Dr. Jekyll and Mr. Hyde-type October with a vastly different first half of the month as compared to the second half. Temperatures in the first 10 days of the month were much above normal. Oct. 1-10 was the fourth warmest such period for the Corn Belt in 27 years. Meanwhile, the remainder of October (Oct. 11-31) was the third coldest such period in 27 years.

This was the fourth wettest October in 27+ years for the Corn Belt, but actually slightly drier than the second wettest October in 2017. This was also the snowiest October in 9 years for the region due to snow that fell mid-October from Nebraska and Kansas northeastward through Iowa, southern Minnesota and Wisconsin. Wet weather was unfavorable for harvesting activities in the Corn Belt. It is not uncommon for a wet pattern, such as the one we are currently in, to be followed by a colder than normal winter.