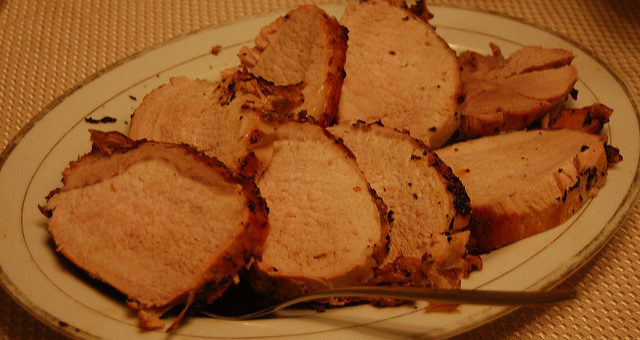 Celebrate by eating extra pork this month to support our local pig farmers. (stu_spivack via Flickr)

SPRINGFIELD, Ill. — Harvest is in the air, leaves are starting to turn, and this month is National Pork Month. October was traditionally when hogs were marketed. Today, it serves as a celebration to thank pork producers and share their stories with consumers. Celebrate by eating extra pork this month to support our local pig farmers.

“If you eat, you have a connection to a farmer,” says Mike Haag, Illinois Pork Producers President and pig farmer from Emington, IL. “October Pork Month is an opportunity to refresh the connection consumers have with farmers. Our mission is to produce safe, nutritious food in a responsible manner for families across the United States and around the world.”

Pork is the world’s most widely eaten meat, representing 36 percent of all meat consumed, according to the USDA Foreign Agricultural Service. It provides a plethora of nutritional qualities, including amino acids, vitamins and protein.

Through changes in feeding and breeding techniques, pork producers have responded to consumer demand for leaner pork. Pork tenderloin is certified as heart-healthy by the American Heart Association with its heart-check mark, indicating that it contains less than 6.5 grams of fat, 1 gram or less of saturated fat.

Pork adsorbs flavors well, which enhances the overall taste. Grill fresh cuts, such as chops and loins, to 145 degrees Fahrenheit, then take off the grill and let rest for three minutes. To prepare a tasty pork chop, consider marinating the meat first. Your finished product is a juicy, tender cut of meat.

Look for in-store offers at all 18 Hy-Vee stores across the state and a healthy eating campaign at 42 County Market stores led by their Retail Nutritionist, Hope Danielson. You can also test your knowledge by taking the pig quiz from WICS Channel 20 on any streaming device during October. Follow our social media channels as we debut the IL Pig Farmer Approved restaurant promotion, highlighting some of the best pork served in Illinois.

This month make a pledge to support Illinois pork production. Whether it’s by smoking a pork loin, grilling chops, or adding bacon to…anything, a little bit goes a long way. We know you don’t need an excuse to eat more bacon, but this October consider grabbing an extra package to share with your family, in honor of your local pig farmers.