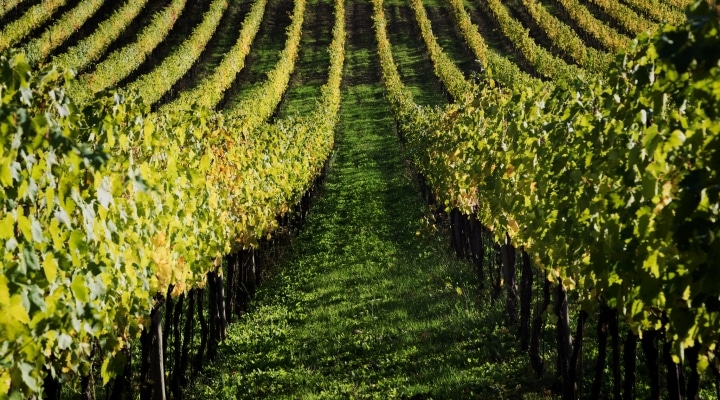 LANDISVILLE, N.J. — New Jersey’s Outer Coastal Plain Vineyard Association (OCPVA) is pleased to announce that it has named and released for commercial sale two new wine grape varieties: San MarcoTM and TrentinaTM. The vines were bred by Marco Stefanini a grape breeder and researcher at Fondazione Edmund Mach (FEM) located in the Trento-Alto Adige region of Italy. OCPVA and FEM have collaborated for several years to test and import the varieties, culminating in an agreement giving OCPVA the exclusive rights to propagate and sell them in the United States. FEM has obtained US patents for both.

San MarcoTM (FEM designation “IASMA ECO 1”) is a red wine grape, a cross between two traditional varieties grown in Trento-Alto Adige, Teroldego and Lagrein. The vine produces oval grapes in a loose bunch with improved fungal disease resistance. The wine is characterized as high quality with good body, aromas of fruit, floral and spice and smooth structured tannins. San MarcoTM is named after its developer.

TrentinaTM (FEM designation “IASMA ECO 3”) is a white wine grape cross between Muscato Ottonel and Malvasia di Candia Aromatica. Clusters are loose and medium sized with yellow to brownish yellow berries and less susceptibility to Botyritis cinerea than its parents. Wine made from TrentinaTM is smooth, aromatic and floral with a hint of spiciness and is balanced with moderate acidity. Its name reflects the region of its origin.

OCPVA had previously identified Italy’s Trentino-Alto Adige region as having a climate similar to the Outer Coastal Plain AVA. Since 2010, OCPVA has worked with FEM to identify new varieties that would grow well in the OCP and produce high quality wines. Trial plantings by OCPVA members started in 2012 and the first commercial distribution of the new vines through Double A Vineyards of Fredonia NY took place this year. The vines will be offered for sale through Double A Vineyards.

About OCPVA: The OCPVA is a group of over 40 vineyards and/or wineries who grow grapes and produce wine in the Outer Coastal Plain, an area of southern New Jersey that has been designated as an American Viticultural Area. Since its inception in 2009, the OCPVA has worked to raise awareness about the excellent wines produced in the region.