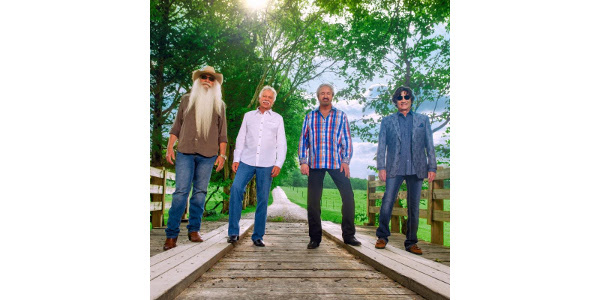 SPENCER, Iowa — The Clay County Fair announces that The Oak Ridge Boys with special guest Jimmy Fortune will perform as part of the SRG Concert Series in the Sleep Number Grandstand at the 2018 Clay County Fair on Monday, Sept. 10 at 7:30pm.

One of the most distinctive and recognizable sounds in the music industry, the four-part harmonies and upbeat songs of The Oak Ridge Boys have spawned dozens of country hits, earned them Grammy, Dove, CMA, and ACM awards, and garnered a host of other industry and fan accolades. Every time they step before an audience, the Oaks bring four decades of charted singles and 50 years of tradition to a stage show widely acknowledged as among the most exciting anywhere. And each remains as enthusiastic about the process as they have ever been.

“Each time The Oak Ridge Boys return to the Fair, their enthusiastic crowd grows,” said Fair Manager Jeremy Parsons. “It’s an honor to bring them back this year to help us celebrate Veterans Appreciation Day.”

Jimmy Fortune, tenor for the legendary Statler Brothers, wrote the group’s second #1 hit, “Elizabeth,” and followed that with two more #1 hits – “My Only Love” and “Too Much on My Heart.” When the Statler Brothers retired in 2002, Fortune seized the opportunity to launch a solo career, and continues tour as a solo artist.