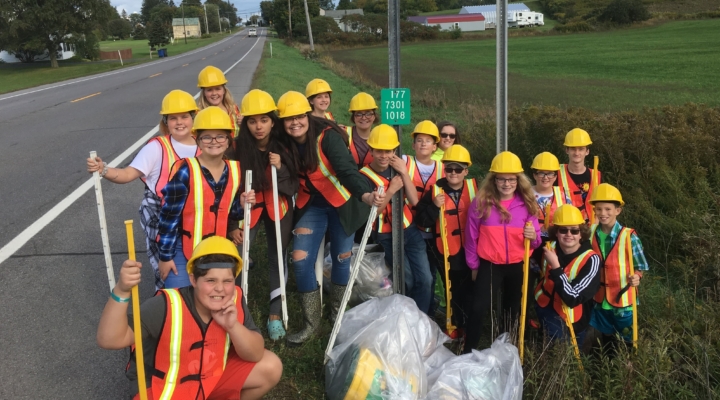 Along with informing the community about parliamentary procedures and competing at National Convention, the South Jefferson FFA Chapter participates in the Adopt-a-Highway program to clean up the roads in their town. (Courtesy Photo)

WATERTOWN, N.Y. — October is typically filled to the brim with schoolwork, essays and last-minute prep for teams competing at National FFA Convention. FFA Chapters in District Six filled their time with hard work, committed practice and sedulous preparation, along with the challenge of national-level contests. 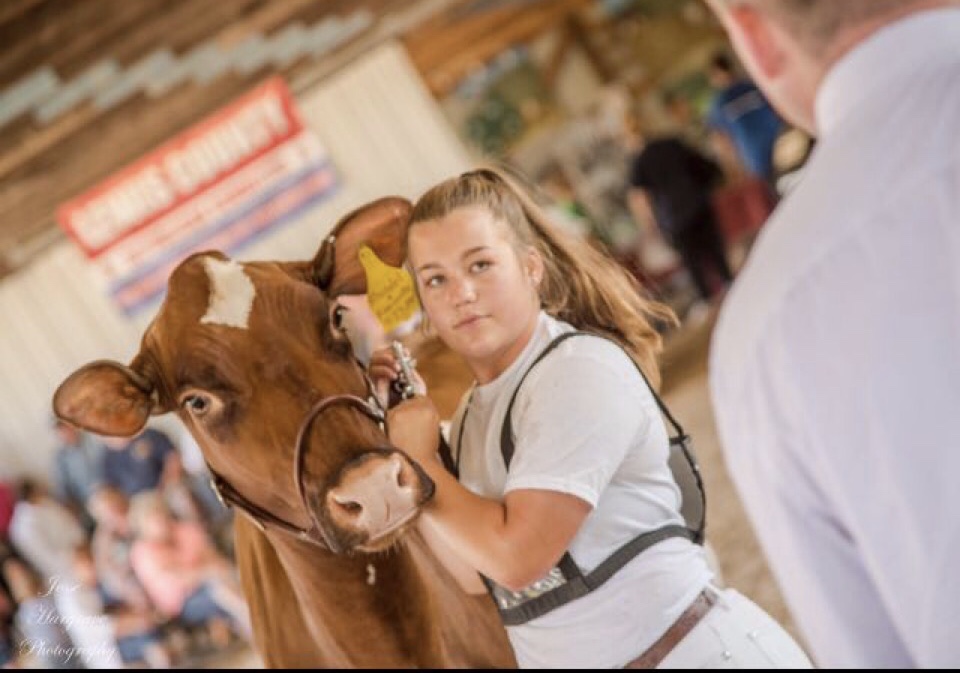 On October 20, the New York State Grange held their annual conference in Watertown, New York. The South Jefferson FFA Chapter had the privilege of demonstrating how to properly run a meeting using Robert’s Rules of Order. The team is chaired by Noah-James Weiler (NYS FFA Treasurer) with Kanoelani Paredes (President), Madeline Stowell (VP), Sarah LaRose (VP) and Charles Rogers (Treasurer) taking on the roles of “members” in the meeting. The presentation was done professionally and gave the audience an informative depiction of the proper way to run a meeting.

With any contest at the National level, a tremendous amount of concentration, effort and energy comes along with it. The South Jefferson, Lowville and Indian River FFA Chapters prove this to be true because they all have a team or individual competing at National Convention. South Jefferson prepared four members to compete in the Poultry Evaluation Career Development Event (CDE). This contest, like many others, has numerous parts to it, including interior and exterior egg grading, carcass grading, evaluating and placing live egg-type hens and parts identification to name a few. Another team of four individuals from the Lowville FFA chapter are competing in the Agricultural Communications CDE. This team will pitch a media plan about the promotion of a chapter of their choice, they will attend a press conference where each team member will have a practicum based off of the press conference and each member will take two written tests. Cascidy LaQuay from the Indian River FFA who competed in the Dairy Handling Competition. She won first place at the State Fair for this contest and shows her Guernsey cattle in many fairs, including the All-American Dairy Show in Harrisburg, PA. FFA members competing at the national level put forth their best efforts and it certainly shows!

Along with informing the community about parliamentary procedures and competing at National Convention, the South Jefferson FFA Chapter participates in the Adopt-a-Highway program to clean up the roads in their town. On September 24, members helped keep the roadside clean and free of trash in a two-mile stretch of land ranging from Adams Center, New York to the Rodman Recycle Center. More than 15 members participated in helping to keep these two miles stay in tip-top shape. During spirit week at South Jefferson, their FFA Chapter put on a fundraiser where students were encouraged to donate money for the chance to pie a teacher. All the donations received were then given to the local food pantry. The Carthage FFA Chapter participates in an annual community service event called “Socktober”. Throughout October, members collect socks from the three elementary schools along with the middle and high schools. Once the socks are collected, members form a committee to sort the socks into categories as to who they should be issued to- gender and age. The newly categorized socks are then sent to their local food pantry and sent home with those receiving food, as well as some students who participate in the backpack program. To build leadership in chapter officers, many chapters like the South Lewis FFA Chapter attend the Chapter Officers Leadership Training (COLT) Conference. As a chapter officer, it is their job to lead their fellow FFA members. With members like these, District Six is well-informed on the best ways to lead a group and is continuing their great leadership skills.

On top of informing and cleaning up their community, South Jefferson has received a grant to help promote National Fire Safety Week. At various community organizations and elementary schools, South Jefferson FFA officers participate in fire safety programs where the officers take turns dressing up as Sparky the Dog and wearing fire gear during the presentations.

The FFA Chapters in District Six have always been full of helpful members who are willing to put forth their assistance at any given time. Through community activities, national contests and school-wide awareness, the members of these FFA Chapters should be proud of all they accomplish and their ability to impact so many people. Keep up the great work!

When we work hard and treat others with kindness, amazing things happen. This is proven to be true with Aubree Domagala of the South Lewis FFA Chapter. Aubree is a sophomore at South Lewis High School and grew up on her parents’ dairy farm. There, she milks cows, feeds calves, and cleans stalls to help her family out. Because of her older siblings’ excitement in FFA and her genuine interest in agriculture outside of her family farm, Aubree’s interest in the FFA sparked. Ever since her first moment in the blue jacket, Aubree’s passion has only increased. She has been involved in the FFA for two years now and plans on continuing throughout high school. Aubree has taken an Introduction to Agriculture class and is now taking a greenhouse course. She has earned her Greenhand Degree and competes in the People in Agriculture (fourth at Sub-States) and Creed Speaking Contests, along with Fish and Wildlife Identification (sixth individually), Milk Quality and Products (sixth individually) and Livestock Judging (ninth as a team) contests. Aubree raises her own pigs as a Supervised Agricultural Experience (SAE) as well as helping on the family farm. Along with serving her chapter as a Vice President, Aubree is involved in Girls Athletic Association (GAA), 4-H, Junior Holstein Club, high school band and chorus, select chorus, and musicals. She runs cross country in the fall, track in the spring and participates on the ski team in the winter. She goes to conferences such as the Chapter Officers Leadership Training (COLT) along with both State and National Conventions. Aubree is a very busy FFA member, but she has a tremendous amount of hard-work and dedication which makes it all come together. Anyone who meets Aubree can attest to her positive attitude and passion for informing the public about the FFA. District Six is proud of all you have accomplished!

FFA makes a positive difference in the lives of students by developing their potential for premier leadership, personal growth, and career success through agriculture education. For more information regarding FFA, please visit either www.nysffa.org or www.ffa.org.