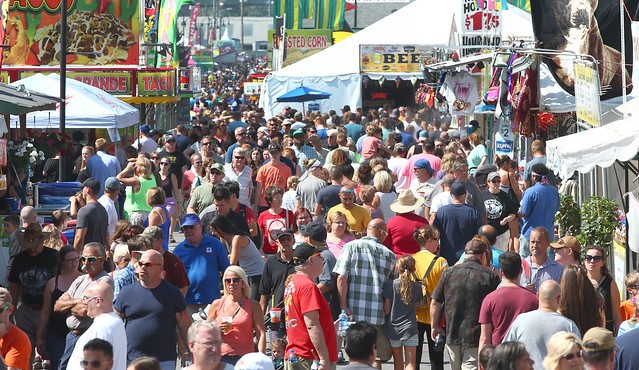 SYRACUSE, N.Y. — The Great New York State Fair will be inviting the writing staff of the Fox TV show “The Simpsons” to attend the 2019 Fair as invited guests. The Fair will send admission and parking passes to the writing staff, included in a basket of New York State food and beverage products provided by Taste NY. The invitation follows Sunday’s episode of the long-running comedy, in which the Simpsons family drives to Canada through Upstate New York. Homer Simpson sings a song to the tune of “New York, New York,” showing Upstate in a poor light.

“We want the show’s writers to see the very best of New York, and the Fair is the perfect place to highlight the diversity and vitality of one of the nation’s largest economies. We know it’s just a TV show, we can certainly take a joke and we love The Simpsons, but there’s so much that’s great about the region. We’re attracting high tech industries to Upstate, Utica is the home of the half moon cookie and tomato pie, the star pitcher Patrick Corbin attended Mohawk Valley Community College, and Buffalo has some of the best architecture of any major city in the northeast. We’ll show them a great time,” said Troy Waffner, Fair Director.

The admission and parking passes will allow the writers to see for themselves the largest state fair in the east, jam packed with food, music, animals and entertainment. Taste NY, Governor Andrew Cuomo’s program to highlight the best products grown and made in New York, will provide a basket of products representative of the diversity and high quality of the state’s food and beverages.