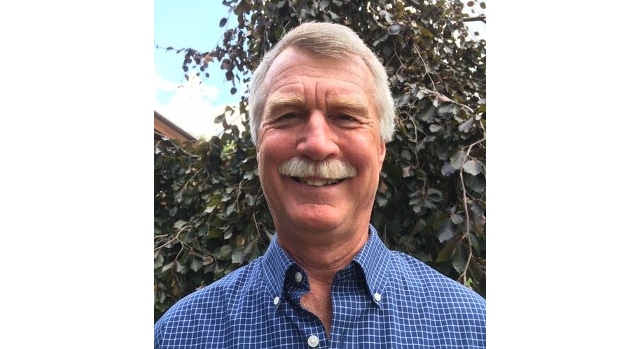 NYFVI Chair Dave Ryan represents the NYS Nursery & Landscape Association on the board.

SYRACUSE, N.Y. — The New York Farm Viability Institute’s board of directors (NYFVI) elected new officers and a new at-large board member at its August meeting.

Dave Ryan of Cazenovia was elected to serve as NYFVI’s chair. Ryan, who previously served as vice chair, has represented the NY Nursery and Landscape Association on the NYFVI board since 2018. He replaces Rob Noble who chaired the organization for two years. Noble, a dairy farmer from Livingston County, will continue to serve on the board.

Tim Dressel was elected as vice chair and Mary Jeanne Packer was elected as Secretary-Treasurer. Packer has represented the Empire State Council of Agricultural Organizations on the board since 2017. Dressel joined the board in 2020 as an at-large member.

Drexler has served on the NYFVI livestock review panel since 2009 and has also been a member of the Christmas Tree review panel. Springside Farm is a Onondaga County agritourism farm. It specializes in Christmas Trees, pumpkins and fall harvest events. The family farm also raises sheep, alpacas, and livestock guardian dogs.

Fravil joined the board in 2014 and served as its Secretary Treasurer for most of his tenure with the organization. His dedication to the review process and broad knowledge of agriculture was invaluable to the selection process.

“I believe in the approach that NYFVI utilizes for making funding decisions and I am proud to serve as the organization’s chair. The knowledge and expertise of my farmer colleagues on the review panels and board is impressive and gathering input from a wide range of growers to inform funding decisions is just common sense,” said Dave Ryan.

“It’s not always easy to make time for an organization. I chose to serve as NYFVI vice chair because I know how valuable the practical knowledge created by NYFVI projects can be. I’ve seen it firsthand on our farm,” said Tim Dressel.

“NYFVI is a strong example of how an organization can effectively use State funding to create a program that supports the breadth and depth of New York agriculture. We are deeply appreciative of the long-term support of the administration, and legislative ag committees,” said Mary Jeanne Packer.

“I like to read the proposals, I think some of the ideas put forth are really innovative and valuable,” said Pauline Drexler. “I look forward to serving on the NYFVI board.” Drexler continued.

“It’s critical to our mission to have farmers serve on our board. The board members bring deep expertise and strong opinions about agricultural research needs.” said David Grusenmeyer, NYFVI’s Executive Director. “New York is fortunate to have such committed farmers in its agricultural community” Grusenmeyer continued.

NYFVI’s volunteer board includes ten members. Seven are nominated by the state’s leading agricultural organizations, the other three roles are identified by the board of directors.

NYFVI is a farmer-led nonprofit organization that runs a competitive grant program for applied research and education. The program seeks to fund work that improves the economic viability of NY farmers and strengthens the food system.  Its funding comes primarily from New York State. To learn more about its work visit www.nyfvi.org.