Home / New York / NY Cider Association releases economic impact study
A new user experience is coming! We'll be asking you to login to your Morning Ag Clips account March 1st to access these new features.
We can't wait to share them with you! Read more here. 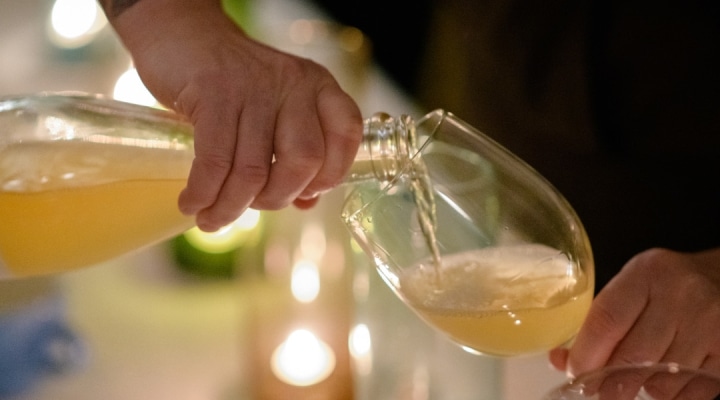 New York boasts 126 active cideries and is the number one hard cider producer in the country. This is the first economic impact study conducted by the NYCA in its five-year existence. (Photo: New York Cider Association)

BEACON, N.Y. — The New York Cider Association (NYCA) is pleased to announce the release of its first economic impact study. The results of the study found that the hard cider industry has a total economic impact of $1.7 billion in economic activity and created 6,148 jobs for New Yorkers. The majority of those jobs came from cider manufacturing and tourism which created 1,150 jobs and 1,174 jobs respectively. The industry generated $520,000,000 in total wages for workers in the cider and related industries and provided $329 million in taxes; $122 million in federal taxes and $257 million in state taxes. New York also boasts 126 active cideries and is the number one hard cider producer in the country. This is the first economic impact study conducted by the NYCA in its five-year existence.

NYCA Executive Director Scott Ramsey said the Association is very enthusiastic about the results of the study, saying, “We are thrilled to see data that supports what we’ve known about the growth of the cider industry and the positive impact it is having on the state’s economy. These numbers confirm that cider is one of the fastest growing craft beverage sectors, which is fantastic for New York State.”

According to the study, the cider industry made a large impact on New York’s tourism industry, attracting visitors from across the state and the country. The study estimated 434,000 people made over 1.4 million visits to NY cideries last year, making a total impact of nearly $279 million.

The cider industry has grown extensively in recent years and is becoming an important agricultural commodity within the state. New York is the second largest apple-growing state in the country, and New York growers produce close to 30 million bushels of apples annually. Apples consistently rank in the top ten of New York’s agricultural commodities, and cider-making provides another avenue of use for one of New York’s top cash crops. 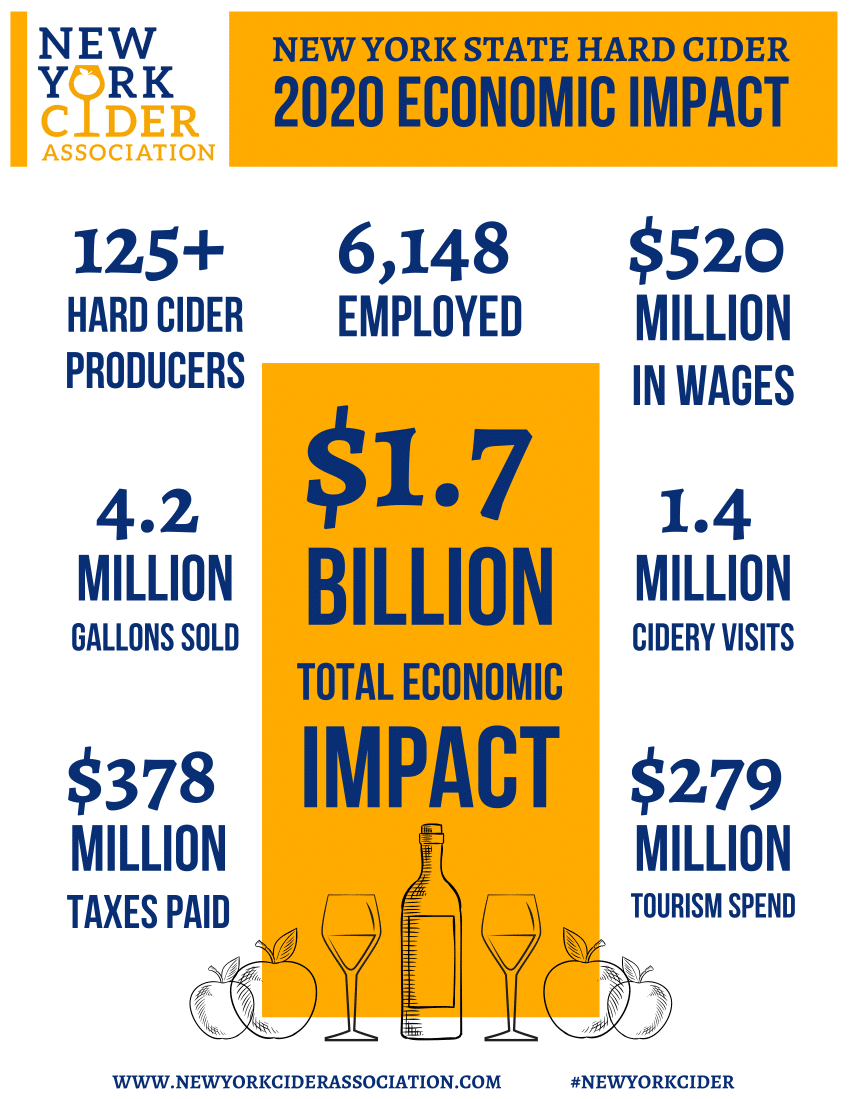 About the New York Cider Association: Founded by pioneering New York cider makers and incubated by agricultural non-profit Glynwood, the New York Cider Association was created in 2015 to foster community to act as the collective voice and organizing body for apple growers and cider makers throughout the state. The mission of the NYCA is focused on cultivating the New York hard cider industry. It achieves this by supporting producers of fermented cider and the New York cider-making industry in its vital role as an economic engine for agriculture, manufacturing, and tourism; building a market for New York cider made from New York apples; advocating for the New York cider industry through education, research, and communication; promoting New York State as a world class cider producing region; and supporting the work of regional cider alliances within New York State.