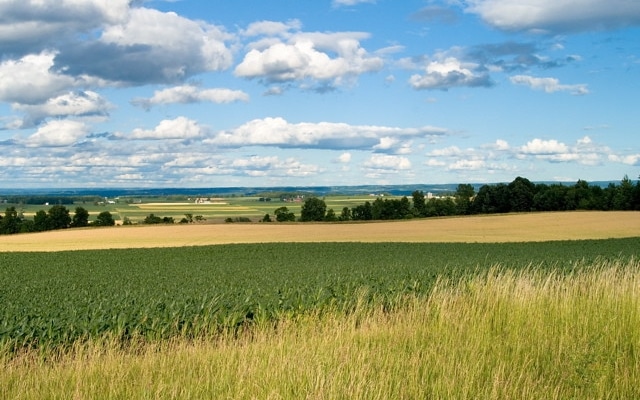 The New York State Senate voted to advance a bill that would cause serious problems for farmers ability to grow food in New York state by eliminating use of a critical production technique for farmers—treated seeds. (photo by Mike, creative commons/flickr.com)

ALBANY, N.Y. — The New York State Senate voted to advance a bill that would cause serious problems for farmers ability to grow food in New York state by eliminating use of a critical production technique for farmers—treated seeds.

Seed treatments play a critical role in agriculture and the production of healthy crops. Coating seeds with a small amount of pesticides before they are planted protects them when they are first planted in the ground and at their most vulnerable from diseases and insects. The use of treated seed can also reduce the need to treat crops later.

New agricultural technologies, like treated seeds, have greatly improved farmers ability to directly target pests, and  reduce the need for additional spraying of pesticides. Because seed treatments are attached to the seed, rather than sprayed, treated seeds eliminate exposure to non-target plants, animals and humans.

Contrary to statements made by some legislators, seed treatments are regulated and the pesticide products applied to seed undergo rigorous testing and EPA review for those applications prior to being approved for use commercially. The EPA carefully considers effects on non-target pest organisms, including honeybees, when they approve new insecticides for use. EPA data has shown low risk to pollinators from treated seed in recent assessments.

New York has a rigorous review and regulatory process. A complete elimination of a class of agricultural products will cause undue complications for New York farmers, who already operate on razor thin margins and many of whom are still recovering from the economic impact of the COVID-19 pandemic.

“At a time when we’re trying to jump start the economy and begin a new planting season, Albany lawmakers should be looking to enact legislation that will help agriculture, not tie the hands of farmers who are working each day to bring safe, nutritious food to all New Yorkers, much like we did during the pandemic,” said David Fisher, New York Farm Bureau President.

Some opponents of the bill have also raised concerns about the impact S.699-B could have on food security-a major issue that faces parts of the state each day, but was especially highlighted in 2020.

“Last year, New York farmers and food producers rallied together to bring caravans of produce, dairy products and other essentials to areas of New York City that were facing serious food shortages during the pandemic,” said John Dickinson, Northeast Dairy Producers Assoc. Chair.  “That food was available due to the safe and effective use of agricultural technologies by farmers across the state. Taking away the ability to use these products puts farmer’s livelihoods and the ability to access nutritious, local food for all New Yorkers at risk. “

In fact, millions of pounds of food shipments were sent  to New York City from upstate farms as part of the Nourish NY program during the pandemic.  In the first round alone 10 million pounds of produce, dairy and other products totaling nearly $11 million dollars was sent to feed residents of New York City.

Prohibiting technological innovation for agriculture moves counter to New York’s broader climate and sustainability goals. Removing these tools would impact our carbon footprint, requiring additional tractor passthroughs or product to be applied.  The increased tillage to fight pests would also release more carbon into the air, a step backwards on the soil health initiatives that farms are increasingly adopting and that lawmakers are promoting with soil health legislation.

“New York is one of the most stringent states when it comes to pesticide regulations,” said Danielle Penny Stroop, Northeast agribusiness and Feed Alliance President.  “Our scientists review the safety of all pesticides and their use and impact on the environment and human and animal health.  New York lawmakers need to trust the experts and not unnecessarily legislate the existing regulatory process.”

“We are extremely supportive of birds and bees, as pollinators are fundamental to the health of the agriculture industry,” said Jay Swede, New York Corn and Soybean Growers Association President. “However, this bill would eliminate an important and environmentally sound tool New York farmers depend on to protect crops against pest damage. This is particularly troubling as New York farmers continue to struggle while working diligently to provide food to New Yorkers in their time of need during the pandemic. We hope the legislature does not advance the bill further and instead works with the agriculture community to find an environmentally and scientifically sound way to enhance pollinator populations.”

The above organizations call on the New York Assembly to reject this measure.